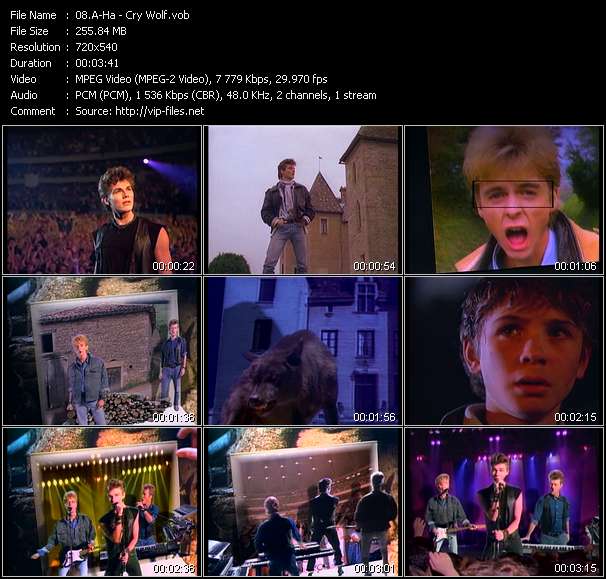 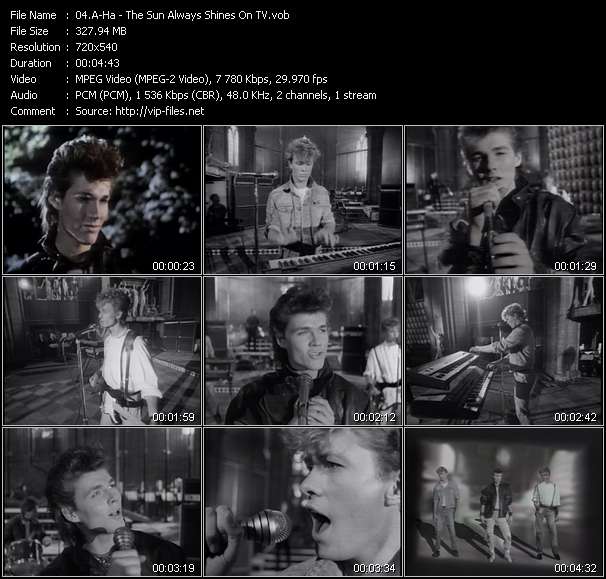 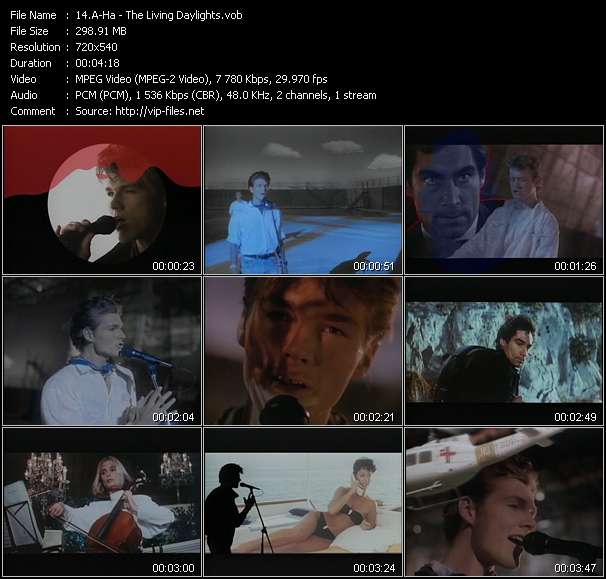 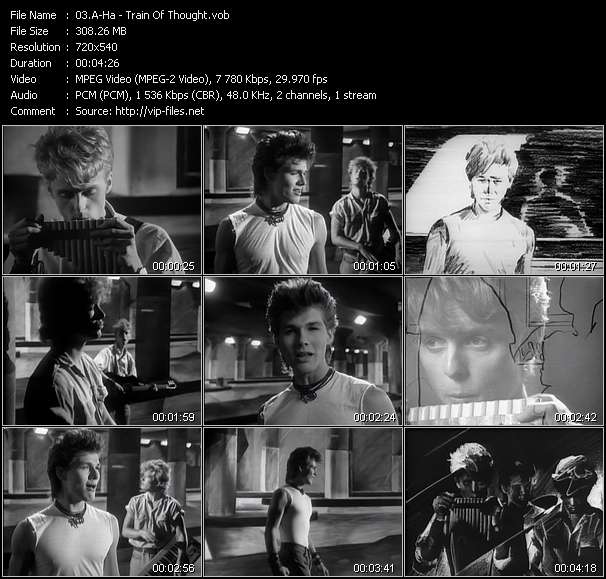 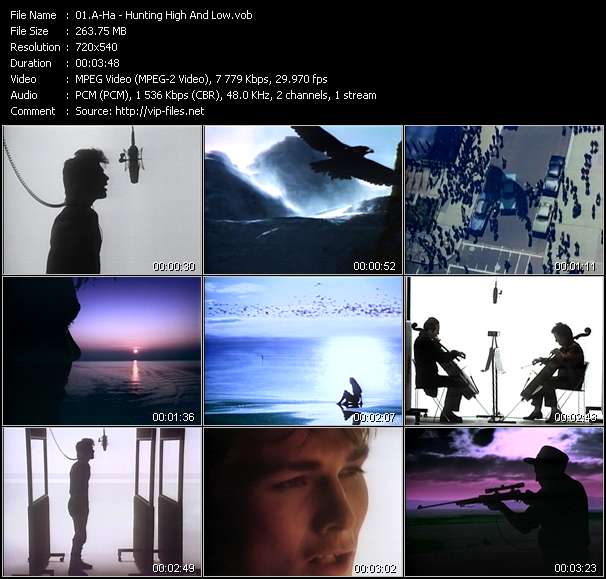 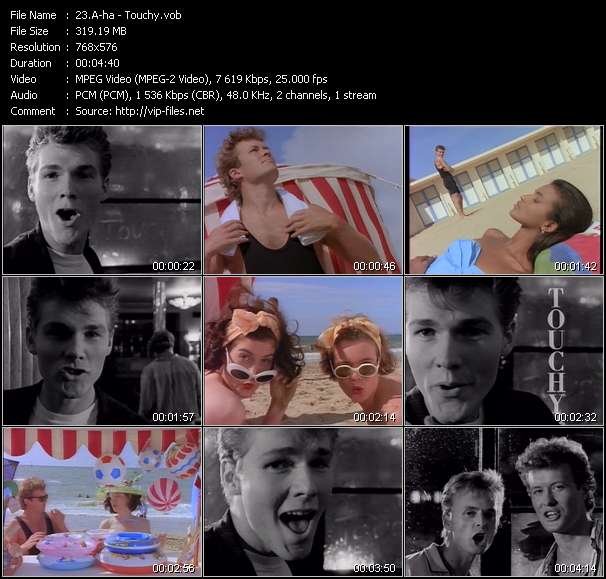 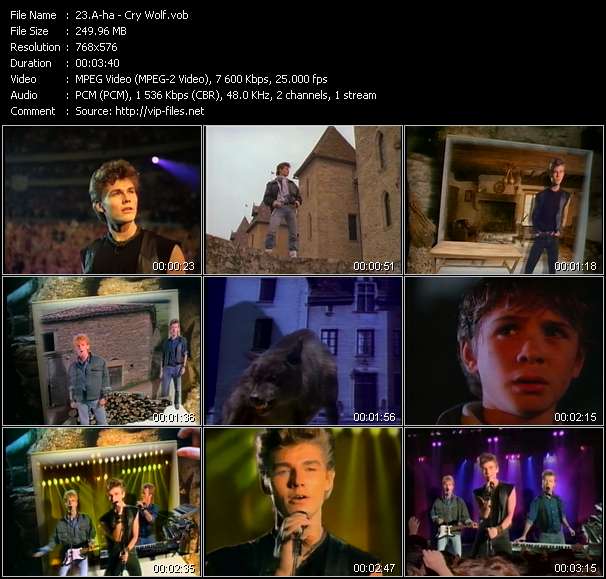 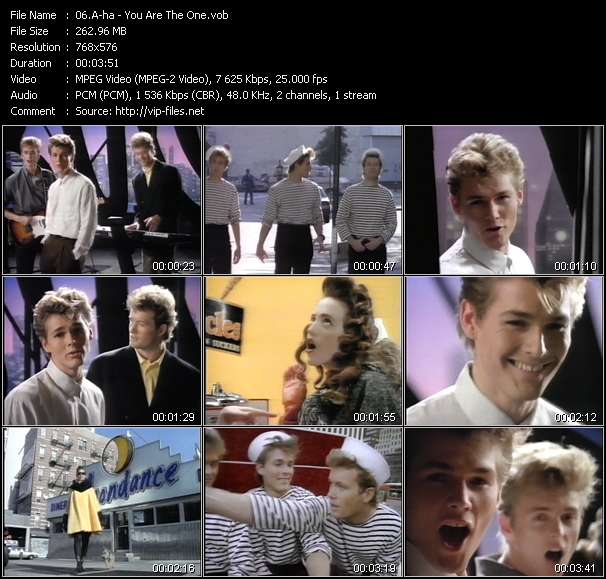 A-ha music video You Are The One

A-ha music video Take On Me

A-ha (stylized a-ha; ) was a Norwegian band formed in Oslo in 1982. The band was founded by Morten Harket (vocals), Magne Furuholmen (keyboards) and Pål Waaktaar (guitars). The group initially rose to fame during the mid-1980s after being discovered by musician and producer John Ratcliff, and had continued global success in the 1990s and 2000s.
A-ha achieved their biggest success with their debut album, Hunting High and Low, in 1985. That album peaked at number 1 in their native Norway, number 2 in the UK, and number 15 on the U.S. Billboard album chart; yielded two international number-one singles, "Take On Me" and "The Sun Always Shines on T.V."; and earned the band a Grammy Award nomination as Best New Artist. In the UK, Hunting High and Low continued its chart success into the following year, becoming one of the best-selling albums of 1986. In 1994, after their fifth studio album, Memorial Beach, failed to achieve the commercial success of their previous albums, the band went on a hiatus.
Following a performance at the Nobel Peace Prize Concert in 1998, the band returned to the studio and recorded their sixth album, 2000's Minor Earth Major Sky, which was another number-one hit in Norway and resulted in a new tour. A seventh studio album, Lifelines, was released in 2002, and an eighth album, Analogue, in 2005, was certified Silver in the UK – their most successful album there since 1990's East of the Sun, West of the Moon. Their ninth album, Foot of the Mountain, was first released on 19 June 2009 and returned the band to the UK Top 5 for the first time since 1988, being certified Silver there and Platinum in Germany. The album peaked at number 2 in Norway (their first release not to reach number 1 in their home territory). On 15 October 2009, the band announced they would split after a worldwide tour in 2010, the Ending on a High Note Tour.
The band has sold more than 50 million albums worldwide