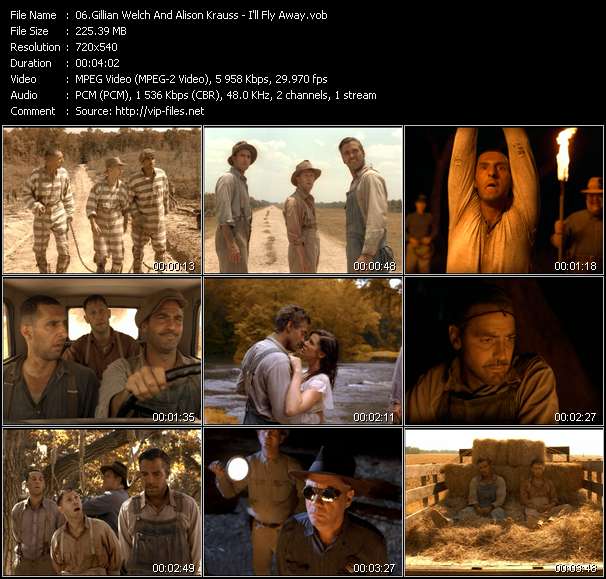 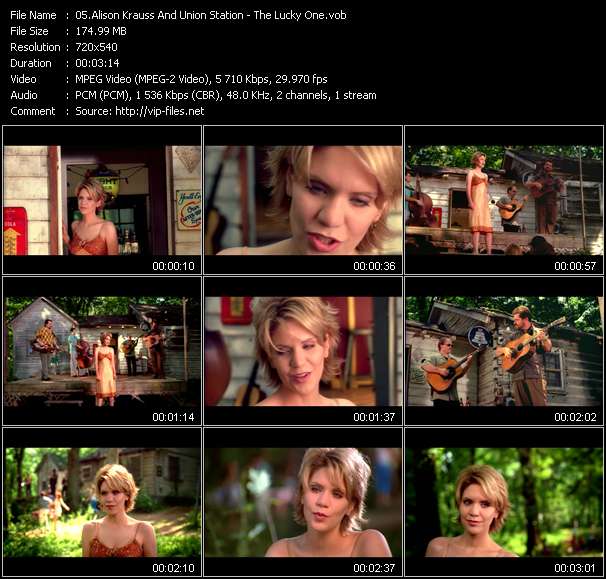 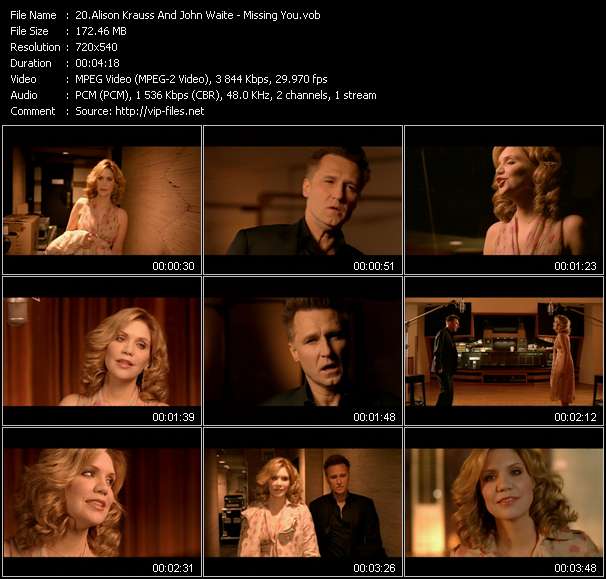 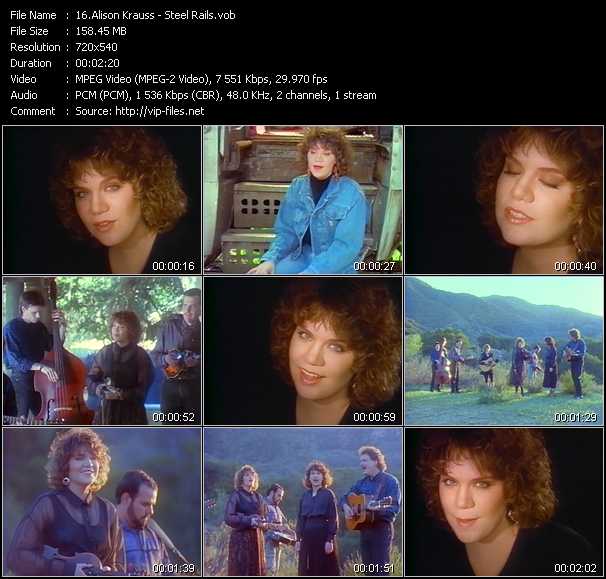 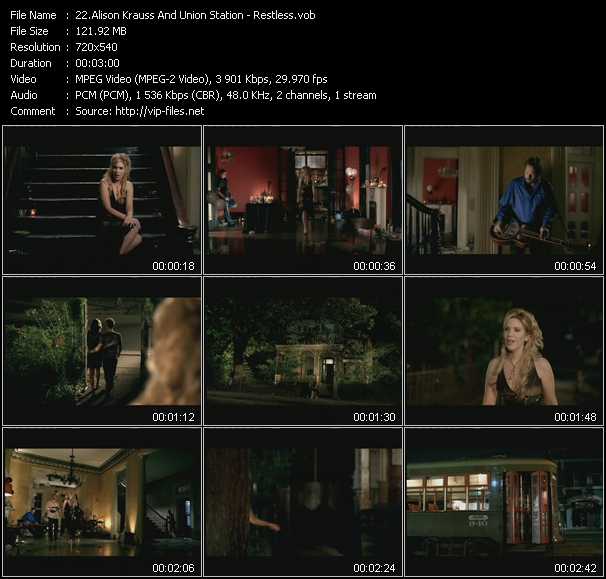 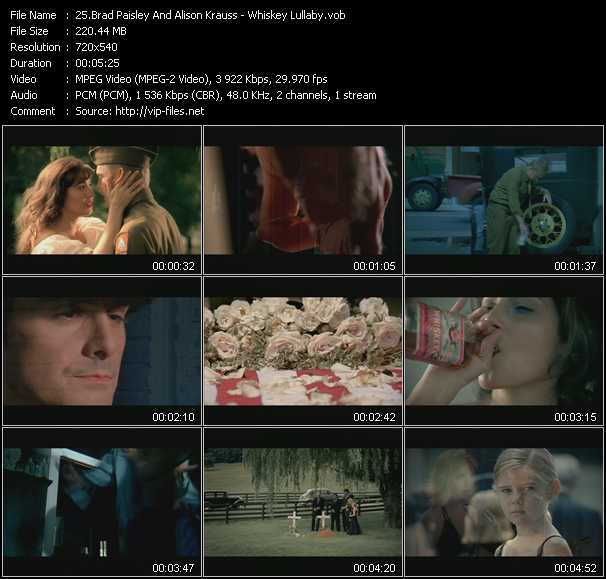 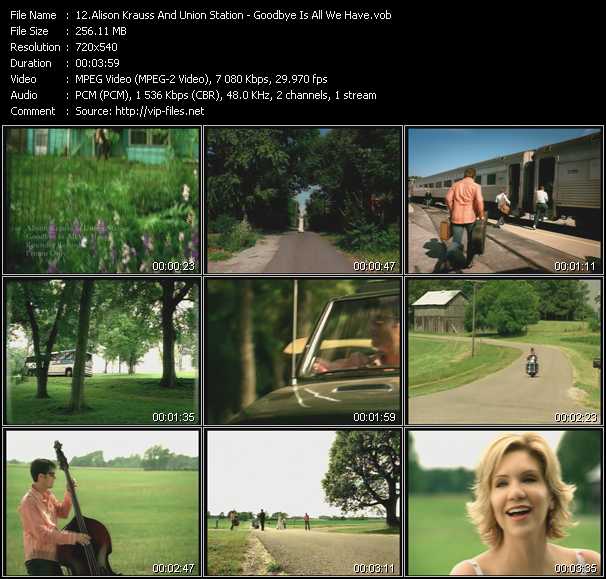 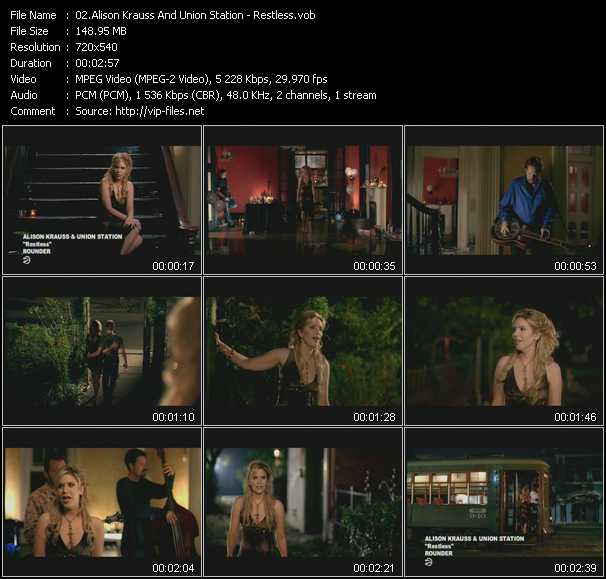 Alison Krauss And Union Station music video The Lucky One

Alison Krauss music video I Give You To His Heart

Alison Krauss And Union Station music video The Lucky One

Alison Maria Krauss (born July 23, 1971) is an American bluegrass-country singer-songwriter and musician. She entered the music industry at an early age, winning local contests by the age of ten and recording for the first time at fourteen. She signed with Rounder Records in 1985 and released her first solo album in 1987. She was invited to join the band with which she still performs, Alison Krauss and Union Station (AKUS), and later released her first album with them as a group in 1989.
She has released fourteen albums, appeared on numerous soundtracks, and helped renew interest in bluegrass music in the United States. Her soundtrack performances have led to further popularity, including the O Brother, Where Art Thou? soundtrack, an album also credited with raising American interest in bluegrass, and the Cold Mountain soundtrack, which led to her performance at the 2004 Academy Awards.
As of 2012, she has won 27 Grammy Awards from 41 nominations, tying her with Quincy Jones as the most awarded living recipient, second only to the late classical conductor Sir Georg Solti who holds the record for most wins of all time (31). At the time of her first, the 1991 Grammy Awards, she was the second youngest winner (currently tied as the ninth youngest).