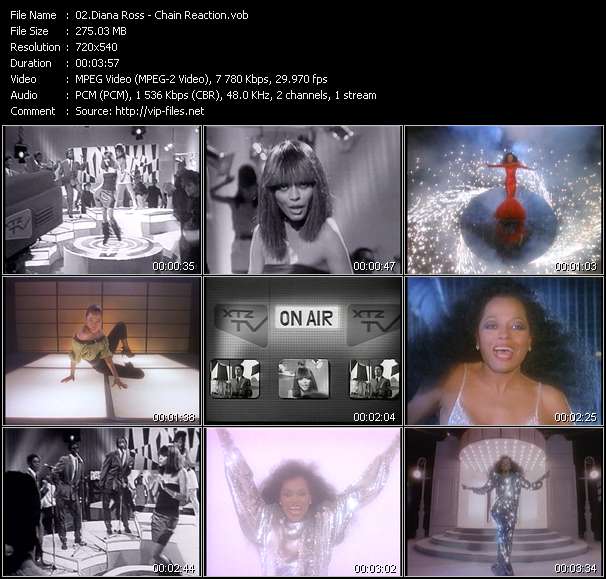 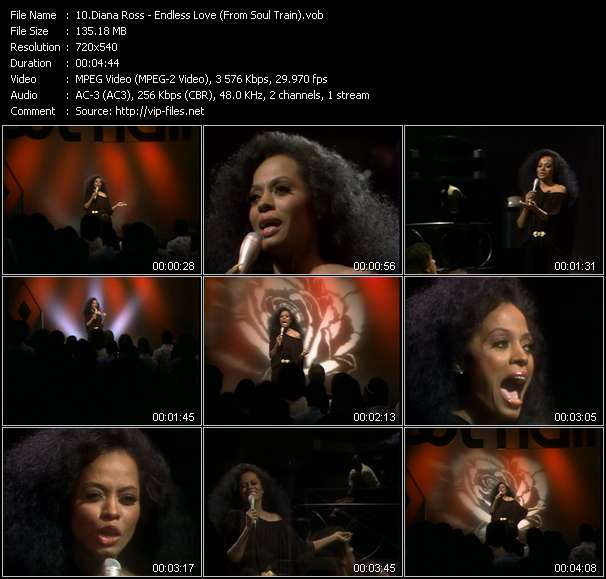 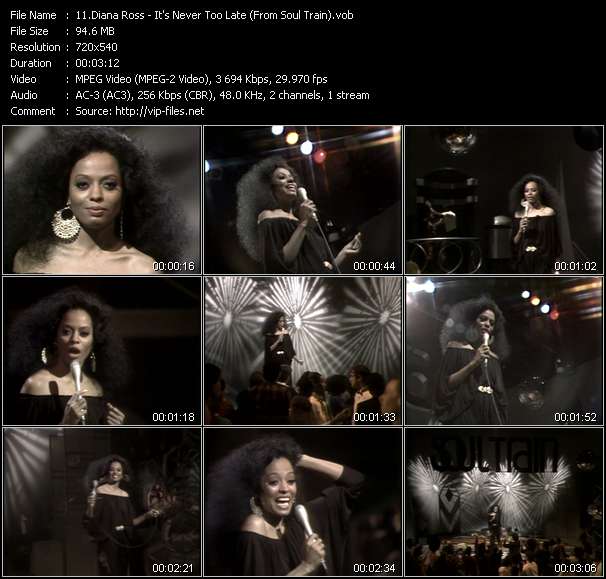 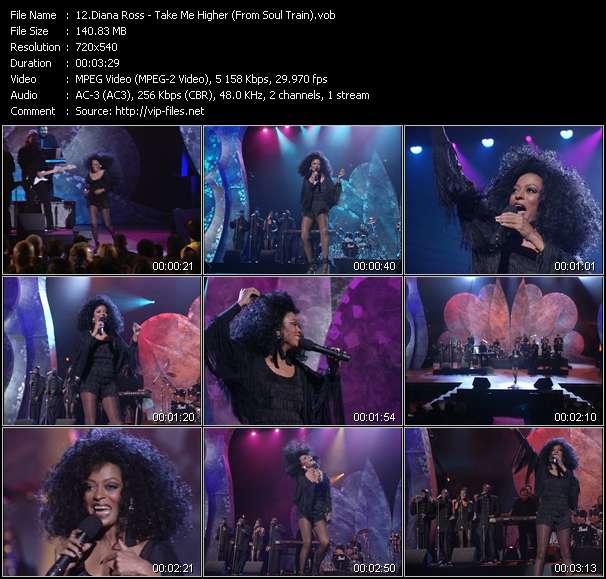 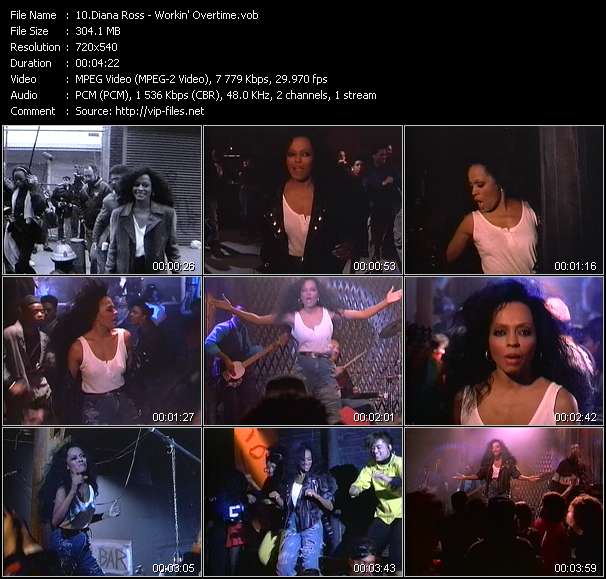 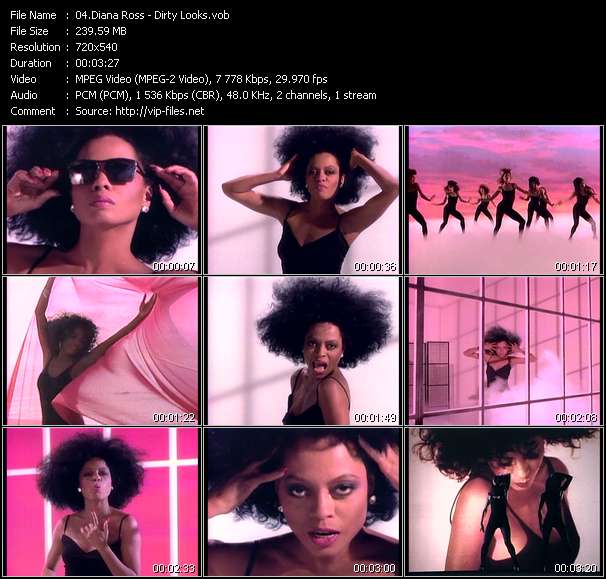 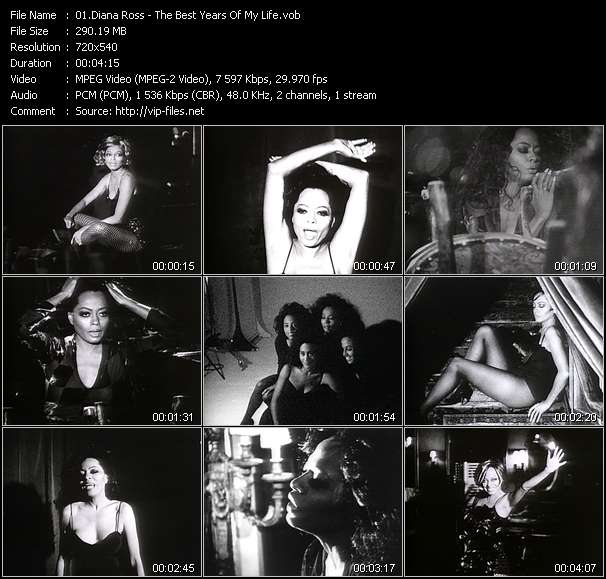 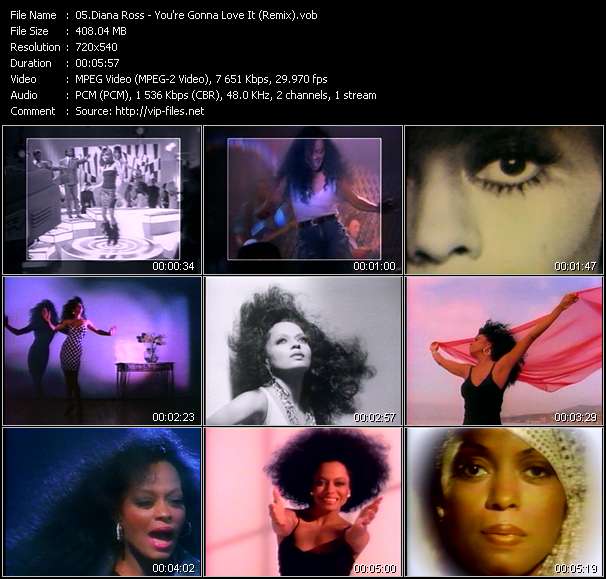 Diana Ross music video The Best Years Of My Life

Julio Iglesias And Diana Ross music video All Of You

Diana Ernestine Earle Ross (born March 26, 1944) is an American singer, actress, record producer and an occasional songwriter. Born and raised in Detroit, she rose to fame as a founding member and lead singer of the vocal group The Supremes, which, during the 1960s, became Motown's most successful act and is to this day America's most successful vocal group. As part of the Supremes, Ross most notably rivalled the career of The Beatles in worldwide popularity, and their success made it possible for future African American R&B and soul acts to find mainstream success.
Following her departure from The Supremes in 1970, Ross released her debut solo album, Diana Ross, which contained the hits "Reach Out and Touch (Somebody's Hand)" and "Ain't No Mountain High Enough". Ross also ventured into acting, with a Golden Globe Award and Academy Award nominated performance in Lady Sings the Blues (1972). She also starred in two other feature films, Mahogany (1975) and The Wiz (1978); later acting included roles in the television films Out of Darkness (1994) and Double Platinum (1998).
Beside ventures in Broadway, Ross was named the "Female Entertainer of the Century" by Billboard magazine. In 1993, the Guinness Book of World Records declared Ross the most successful female music artist in history due to her success in the United States and United Kingdom for having more hits than any female artist in the charts with a career total of 70 hit singles with her work with the Supremes and as a solo artist. Ross has sold more than 100 million records worldwide when her releases with the Supremes and as a solo artist are tallied.
In 1988, Ross was inducted to the Rock and Roll Hall of Fame as member of the Supremes alongside Florence Ballard and Mary Wilson. She is the recipient of the Kennedy Center Honors in 2007 and the Grammy Lifetime Achievement Award in 2012.