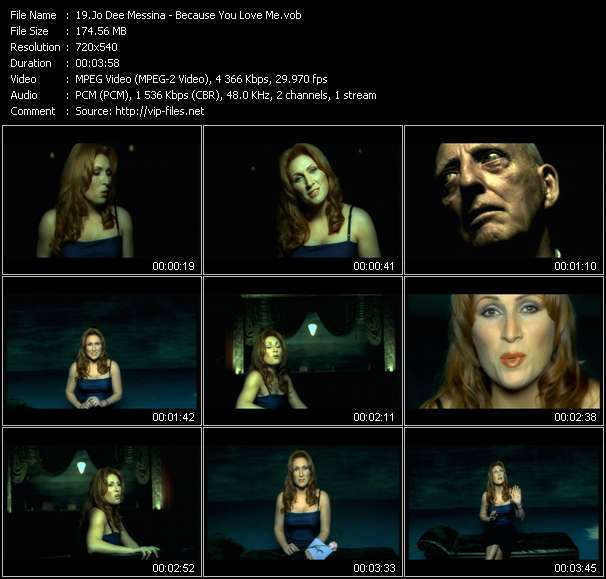 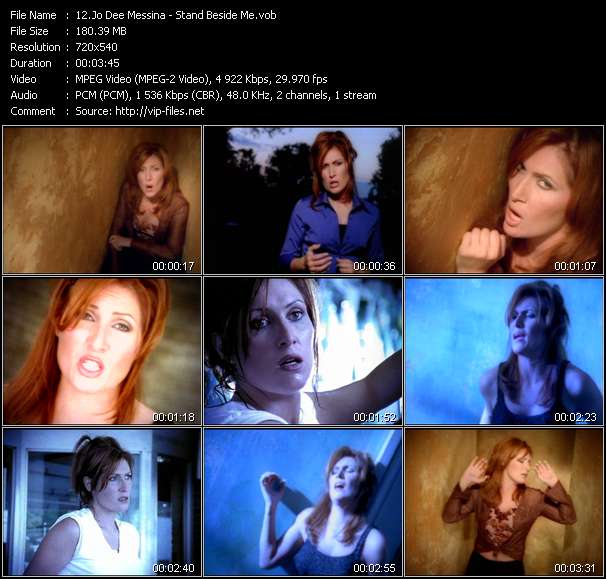 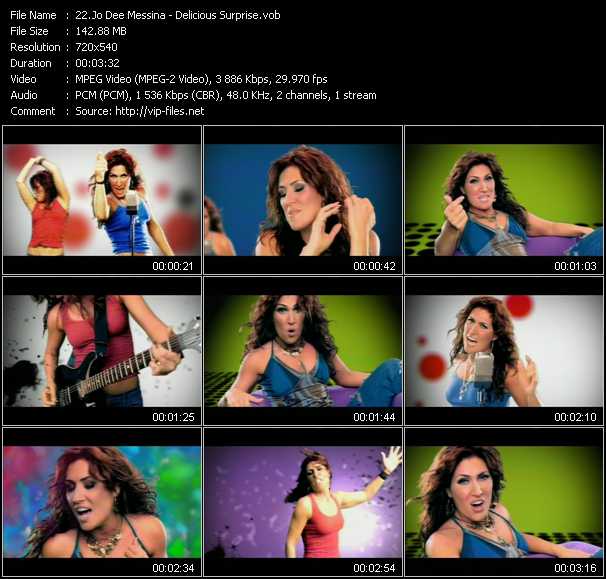 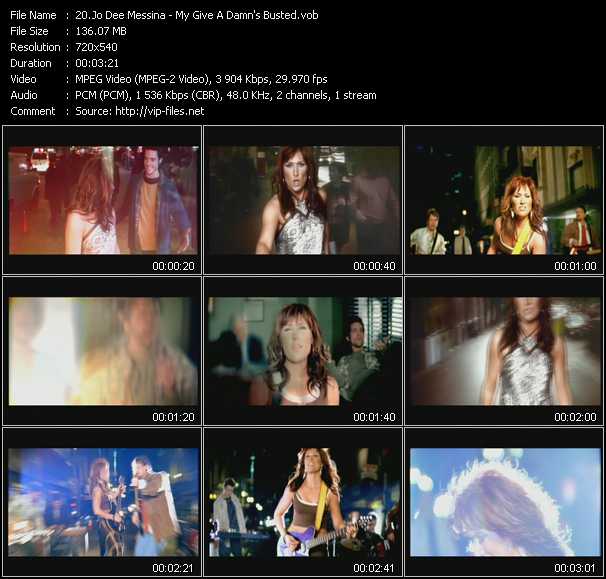 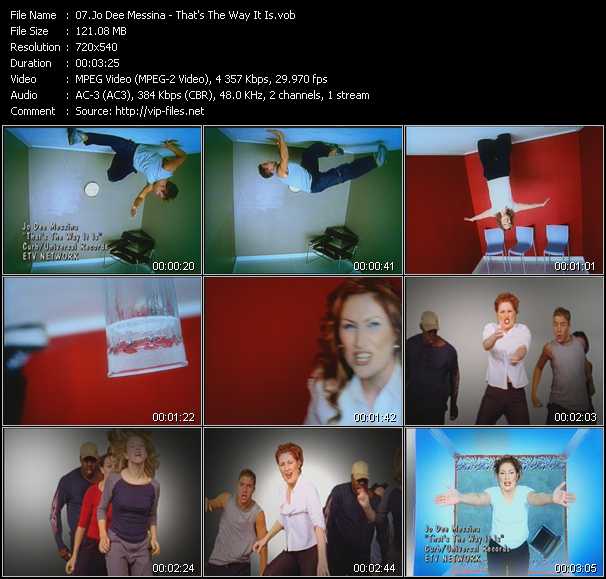 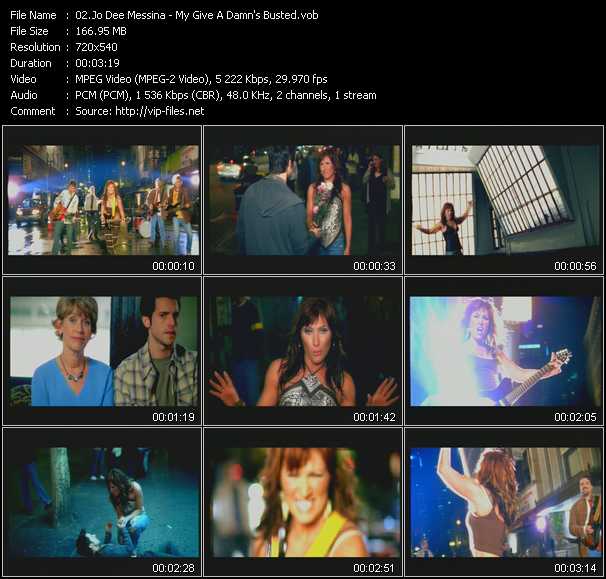 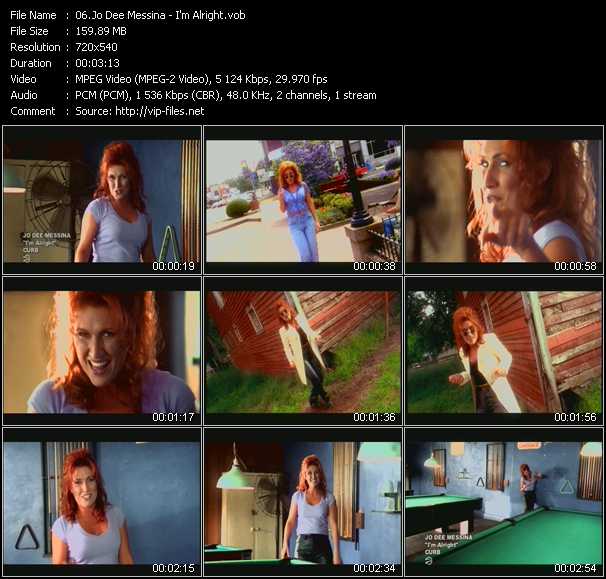 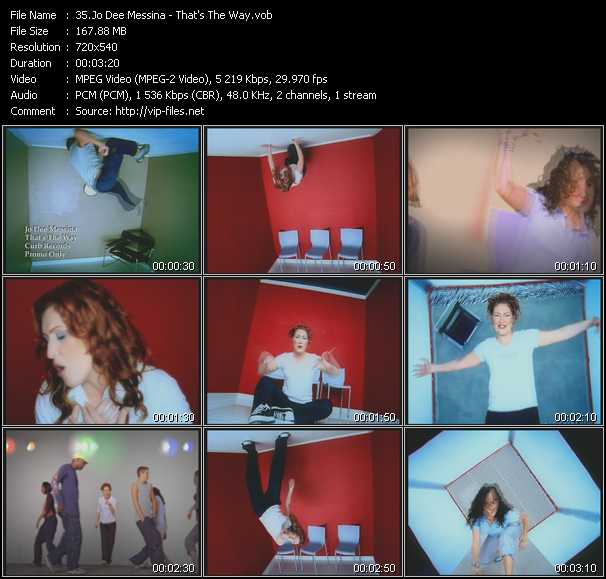 Jo Dee Messina music video Because You Love Me

Jo Dee Messina music video That's The Way It Is

Part of country music's late-'90s crop of female crossover stars, Jo Dee Messina's appeal nonetheless remained more with country fans than pop audiences. Messina was born August 25, 1970, in Framingham, MA, and grew up in nearby Holliston. She sang in musical plays starting at age eight but discovered country music at age 12 and got hooked on the likes of the Judds, Reba McEntire, and Dolly Parton. She soon started performing live, and by 16 she was playing local clubs with a rhythm section made up of her brother and sister. At age 19, she moved to Nashville in search of greater exposure and sang regularly for prize money in local talent competitions. One win led to a regular gig on the radio show Live at Libby's, which in turn caught the interest of producer Byron Gallimore, who helped her assemble a demo tape. Gallimore was also working with the young Tim McGraw around the same time, and Messina befriended him. Backstage at one of his concerts, Messina met an executive from his label, Curb, and jokingly suggested that they needed a redhead. Producer James Stroud, who had just heard Messina's demo, stepped up to vouch for her, and she soon wound up on Curb, with Gallimore and McGraw serving as her producers. Messina's self-titled debut album was released in 1996 and gave her two Top Ten hits in "Heads Carolina, Tails California" (number two) and "You're Not in Kansas Anymore." The album sold well, setting the stage for Messina's star-making sophomore effort, I'm Alright. Released in 1998, it made Messina the first female country artist to score three multiple-week number one hits from the same album: "Bye Bye," "I'm Alright," and "Stand Beside Her." She nearly had a fourth, but "Lesson in Leavin'" stalled at number two. Honored by both the CMA and ACM in 1999, Messina staked out even pop-friendlier territory on her third album, 2000's Burn. It became her first number one album, and the lead single, "That's the Way," her fourth number one single. Two more Top Tens followed in "Burn" and "Downtime," and a fourth single, the Tim McGraw duet "Bring on the Rain," also topped the charts, helping Burn sell over a million copies. Messina followed it with the holiday album A Joyful Noise in late 2002, and just months later, with only three albums to her credit, Curb released a Greatest Hits compilation. Finally, in 2005, she released her official follow-up to Burn, Delicious Surprise. Messina had already begun work on her next project, an album to be called Unmistakable, when Delicious Surprise was released, and although a couple of singles hit the radio, Unmistakable itself did not appear until 2010.