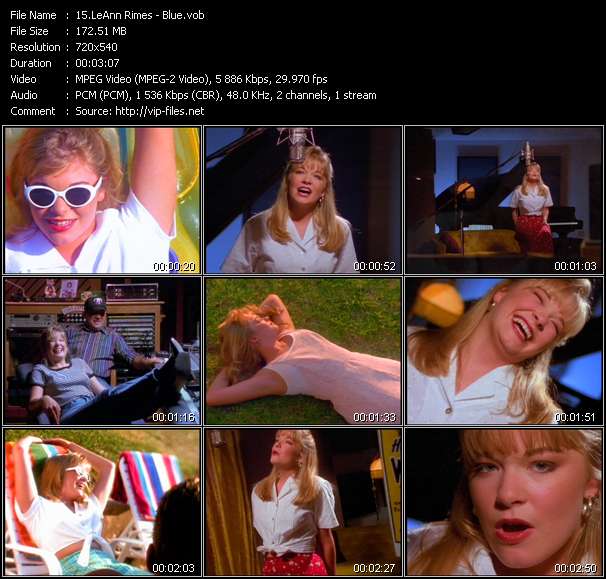 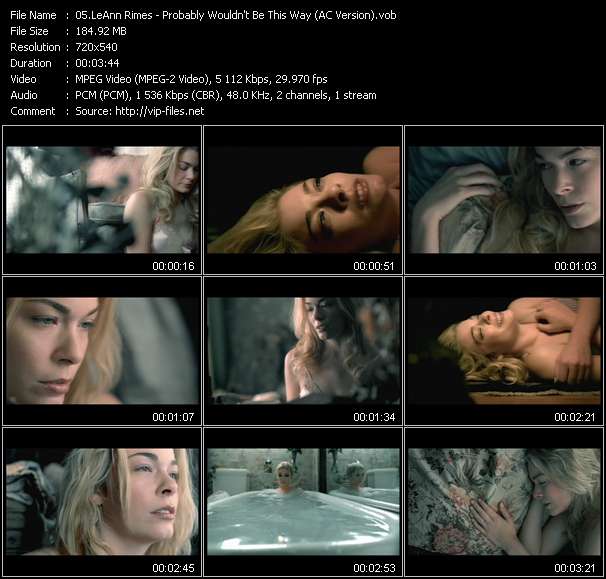 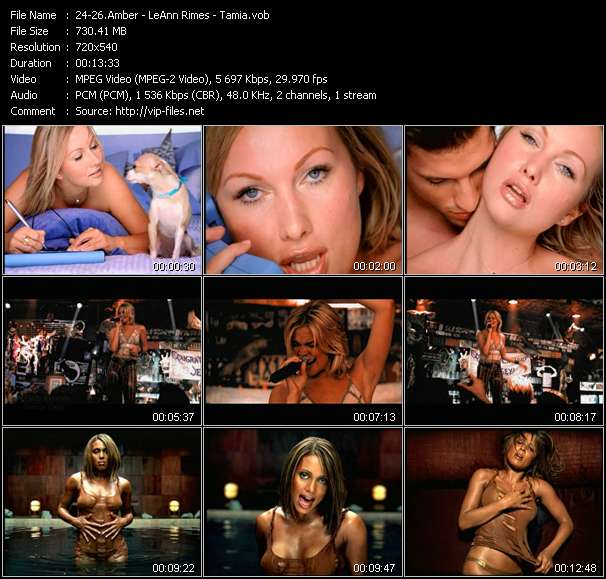 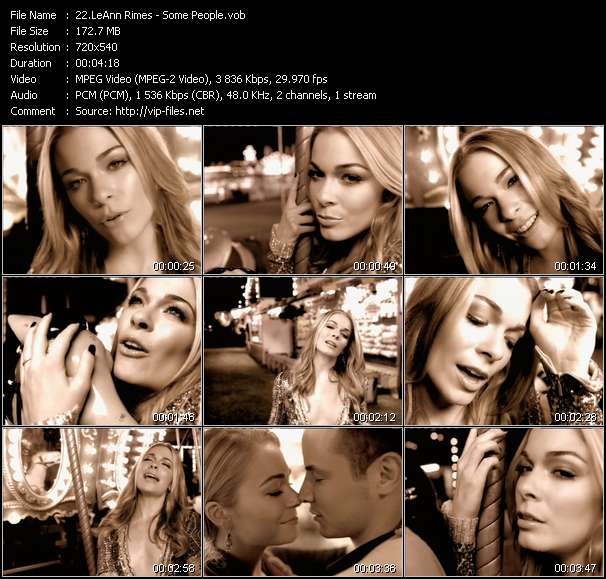 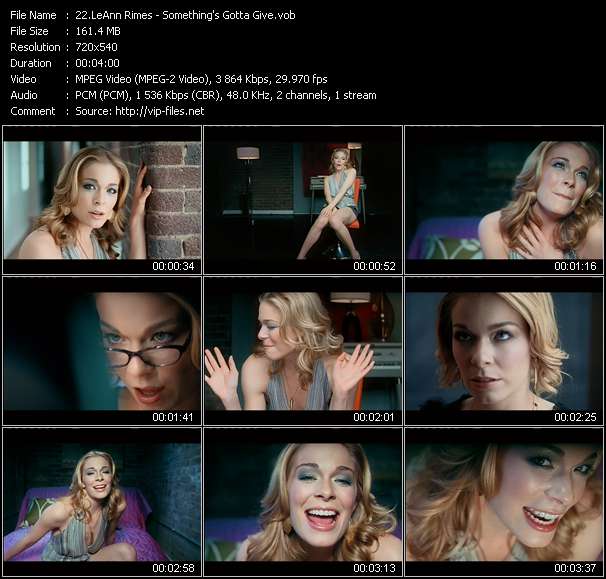 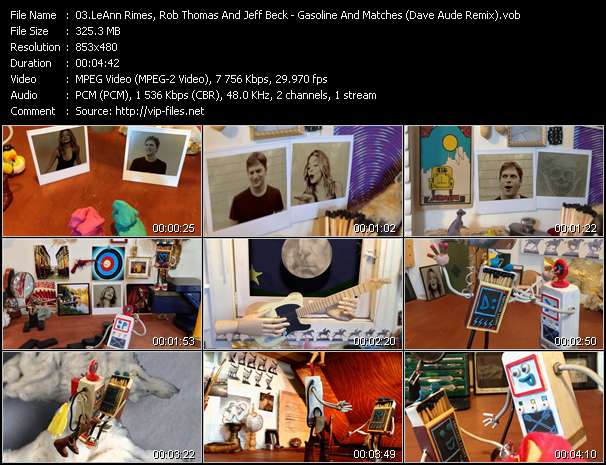 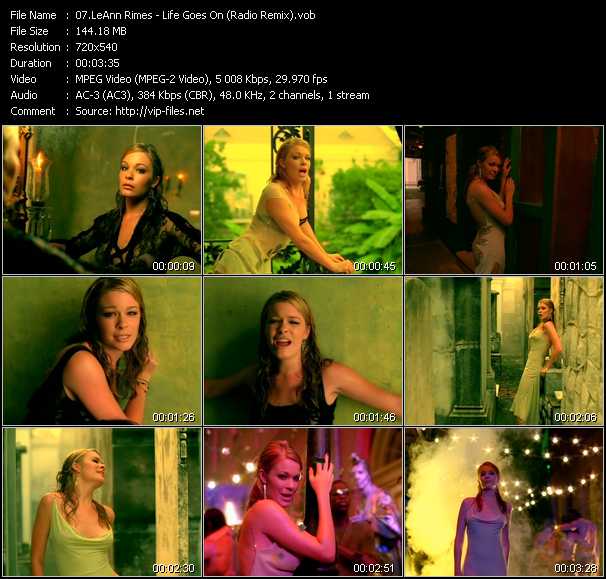 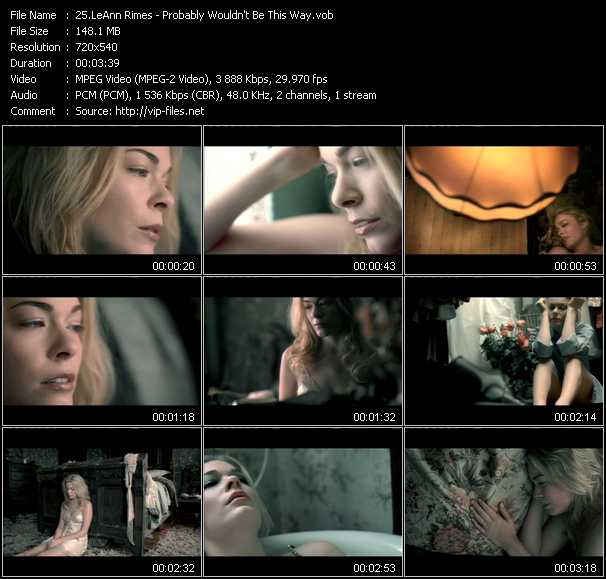 LeAnn Rimes music video We Can

LeAnn Rimes music video How Do I Live

LeAnn Rimes music video We Can

LeAnn Rimes music video You Light Up My Life

Margaret LeAnn Rimes Cibrian (born August 28, 1982), known professionally as LeAnn Rimes, is an American country and pop singer. Known for her rich vocals, Rimes rose to stardom at age 13 following the release of the Bill Mack song "Blue", becoming the youngest country music star since Tanya Tucker in 1972.
Rimes made her breakthrough into country music in 1996 with her debut album, Blue, which reached number one on the Top Country Albums chart and was certified multiplatinum in sales by the Recording Industry Association of America (RIAA). The album's eponymous leadoff single, "Blue", became a Top 10 hit and Rimes gained national acclaim for her similarity to Patsy Cline's vocal style. When she released her sophomore studio effort in 1997, You Light Up My Life: Inspirational Songs, she moved towards country pop material, which set the trend for a string of albums released into the next decade.
Rimes has won many awards, including two Grammys, three ACMs, a CMA, 12 Billboard Music Awards, and one American Music award. She has released ten studio albums and three compilation albums and two greatest hits albums, one released in the US and the other released internationally, through her record label of 13 years, Curb Records, Billboard ranked her 17th artist of the 1990-00 decade. Rimes has also written four books: two novels and two children's books.