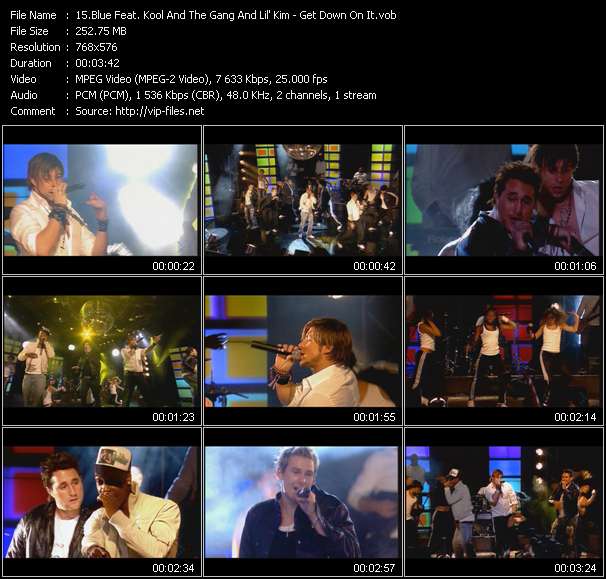 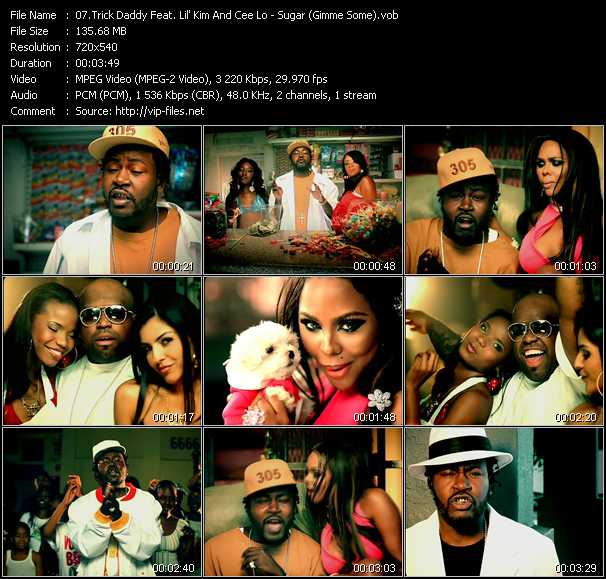 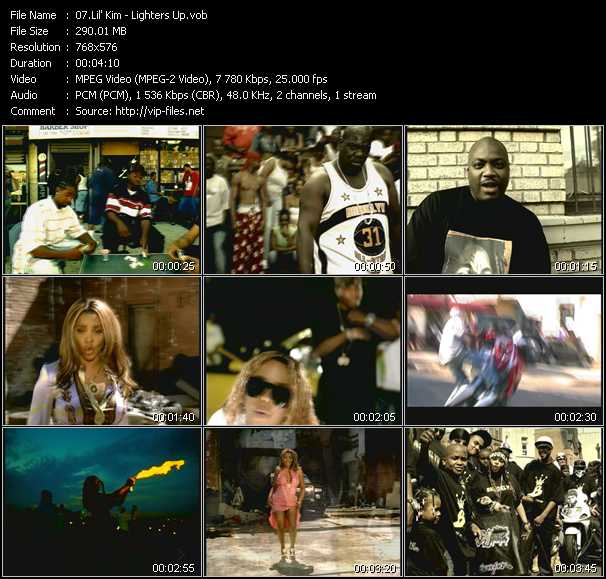 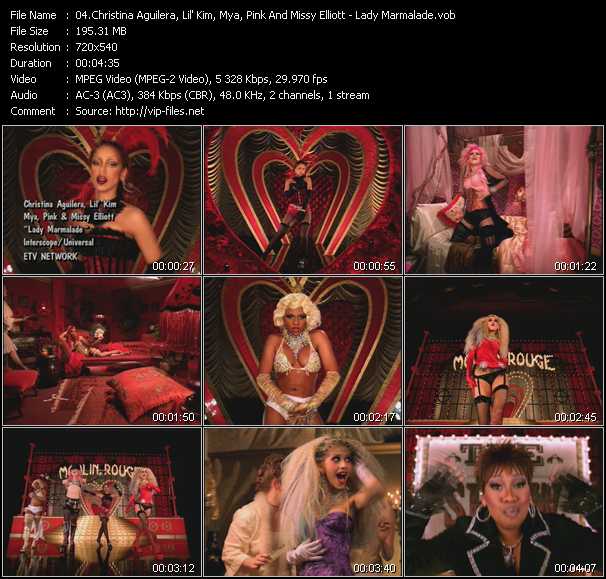 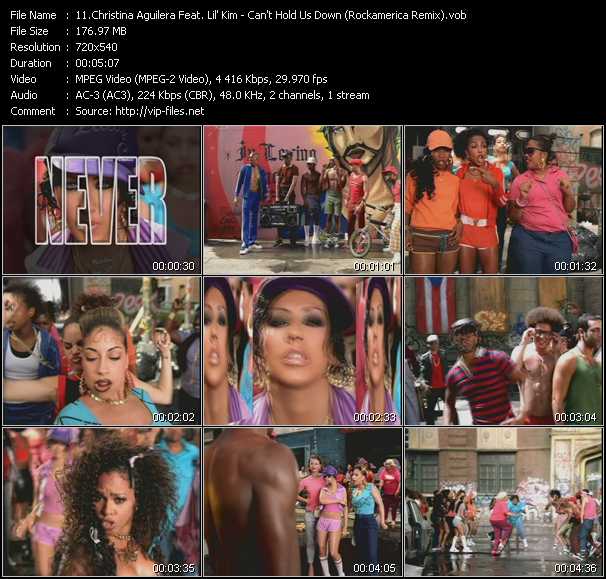 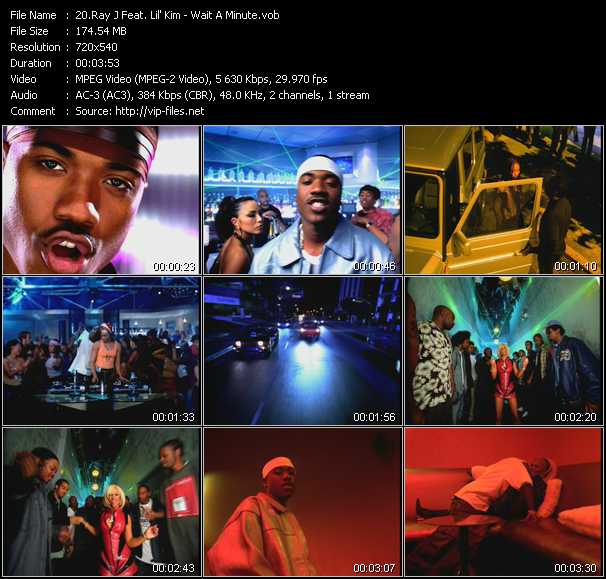 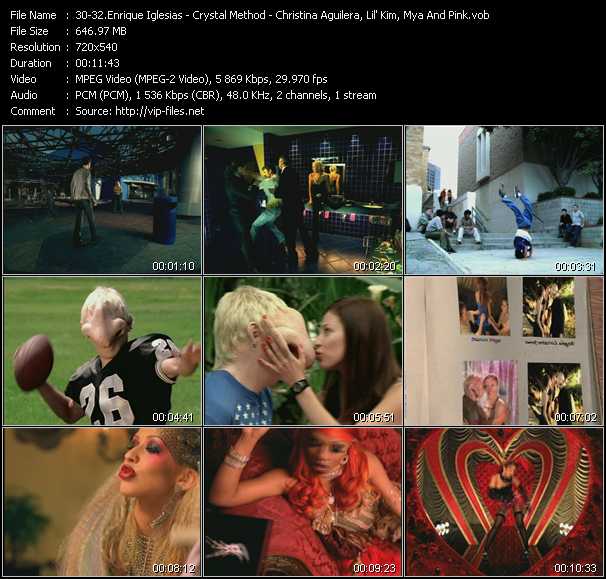 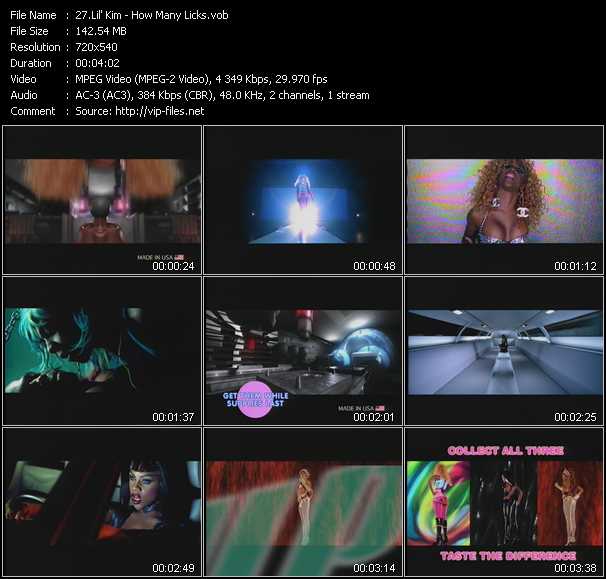 Blue Feat. Kool And The Gang And Lil' Kim music video Get Down On It

Lil' Kim music video No Matter What They Say

Blue Feat. Kool And The Gang And Lil' Kim music video Get Down On It

After making her presence known on Junior M.A.F.I.A.'s debut album, Conspiracy, Lil' Kim launched a solo career in 1996 with the release of her first record, Hard Core. As the album's title implies, Kim was a rarity among female rappers ( one who not only concentrated on edgy hardcore rap but also explicit sexuality, two territories that had long been the province of male rappers. Of course, Kim's near-pornographic sexuality and hard-edged rhythms made her an anomaly within hip-hop, but Hard Core proved that she was no novelty, as it garnered positive reviews and strong sales.A native of Bedford-Stuyvesant, Brooklyn, Lil' Kim was raised by her parents until they split up when she was nine years old. Following their separation, she lived with her father, yet he threw her out of the house when she was a teenager. As a teen, she lived with her friends and, occasionally, on the streets. Eventually, she and her rhyming skills came to the attention of Biggie Smalls, who helped her cultivate her career. Smalls helped her become a member of Junior M.A.F.I.A., and Kim was a key part of the group's hit debut single, "Player's Anthem." Kim also made a big impression on the remainder of Junior M.A.F.I.A.'s 1995 debut album, Conspiracy. Following the release of Conspiracy, Kim appeared on records by Mona Lisa, the Isley Brothers, Total, and Skin Deep. For her debut album, she worked with a variety of producers, including Sean "Puffy" Combs, High Class, Jermaine Dupri, and Ski. The result, entitled Hard Core, was released in late 1996. Kim's marketing campaign for the album was quite provocative ) she was dressed in a skimpy bikini and furs in the advertisements, as well as the album covers -- but instead of resulting in a backlash, the album became a hit, debuting at number 11 on the pop charts. The first single from the album, "No Time," a duet with Sean "Puffy" Combs, became a number one rap single. The long-awaited Notorious K.I.M. followed in 2000, and then came La Bella Mafia in 2003. Two years later Kim was in court defending herself against a perjury charge. She was eventually convicted of lying to a federal grand jury about her knowledge of a 2001 shooting outside of New York's influential radio station Hot 97 FM. Kim had claimed she wasn't aware that her manager and a friend were present, but surveillance cameras proved the two were there. In September of that year, the new album The Naked Truth appeared while its "Lighters Up" single was dominating urban radio. Documenting the rapper's preparations for incarceration, the BET reality show Lil' Kim: Countdown to Lockdown first aired in March 2006 and became the most watched series debut in the network's history. On July 3, 2006, she was released on good behavior after serving ten months of her 12-month sentence. Kim exited the prison in a silver Rolls-Royce. She quickly returned to the music scene in 2007, participating in a number of remixes, collaborations, and concert appearances with the likes of Diddy, Keyshia Cole, Missy Elliott, and 50 Cent, among others. The following year, Kim released Ms. G.O.A.T. (Greatest Of All Time), which was produced by Mister Cee, Lance Rivera, the Trackmasters, and DJ Whookid.