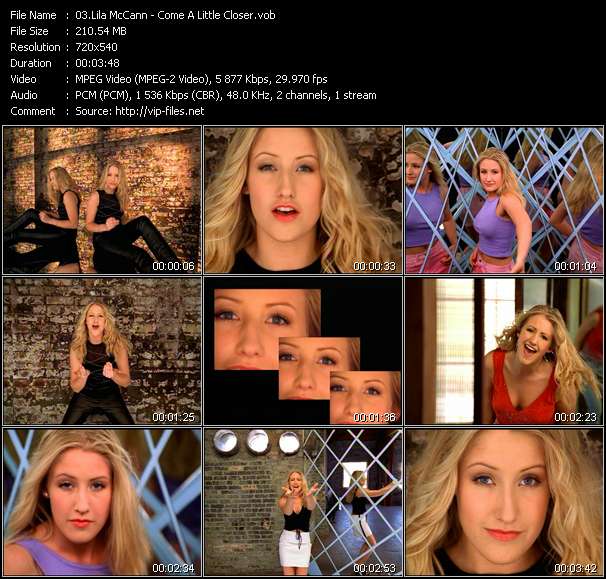 Lila Mccann music video To Get Me To You

Lila Elaine McCann (born December 4, 1981) is an American country music singer who made her debut at age sixteen with the single "Down Came a Blackbird." Reaching a peak of No. 28 on the Billboard Hot Country Singles & Tracks charts, the song was the first release from her 1997 album Lila, which became the highest-selling album for a debut country music act in all of 1997 and was certified platinum in the United States.
McCann played Kelly Wyman, an aspiring country singer in Walker, Texas Ranger, "Eyes of a Ranger" 1998 episode. She sang USA national anthem a cappella for an opening to a rodeo sequence in the episode, and serenaded the main character, Walker (Chuck Norris), singing "Eyes of a Ranger".
McCann followed Lila with two more albums: 1999's gold-certified Something in the Air and 2001's Complete, before being dropped by her label in 2001. She signed to the independent Broken Bow Records label in 2005, releasing five singles for the label before being dropped in 2008. Overall, she has charted twelve singles on the Billboard country charts, with the highest-peaking being 1998's "I Wanna Fall in Love" at No. 3. Her second-highest peaking single, 1999's "With You", which reached No. 9 on the country charts and No. 41 on the Billboard Hot 100, is her only entry on the latter chart.