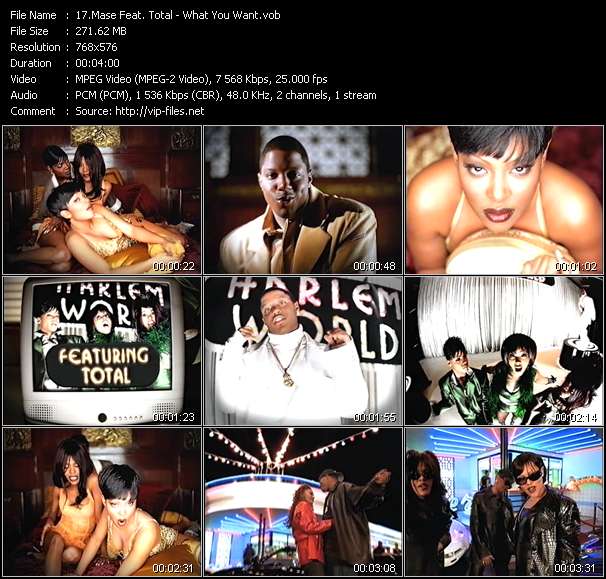 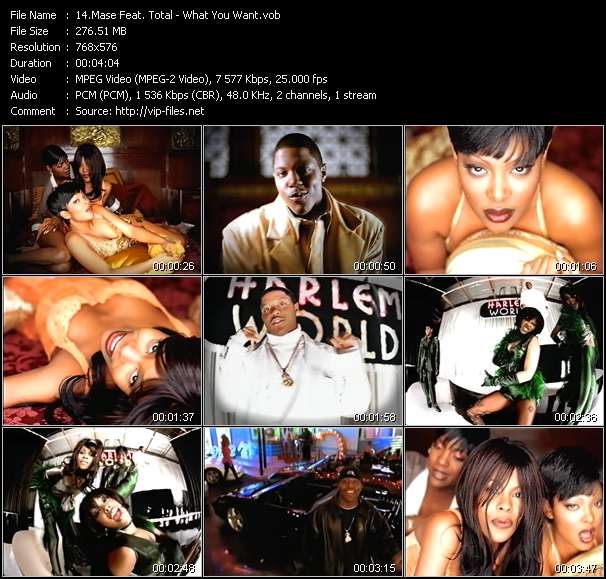 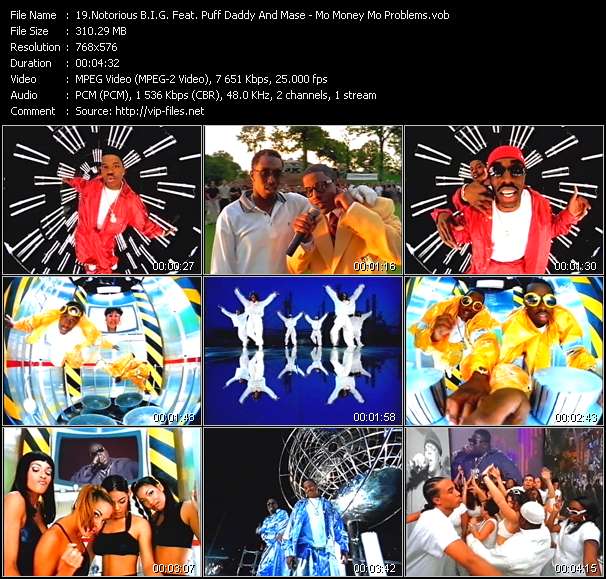 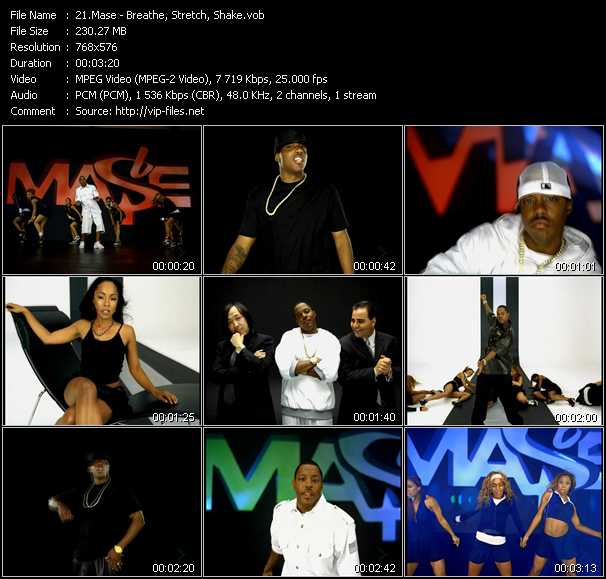 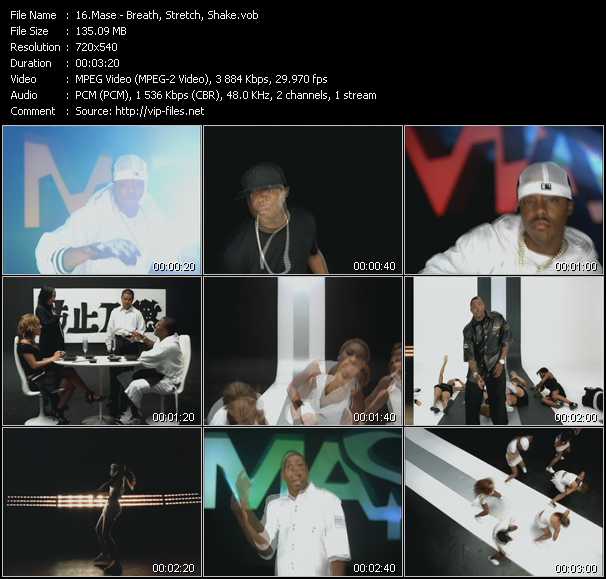 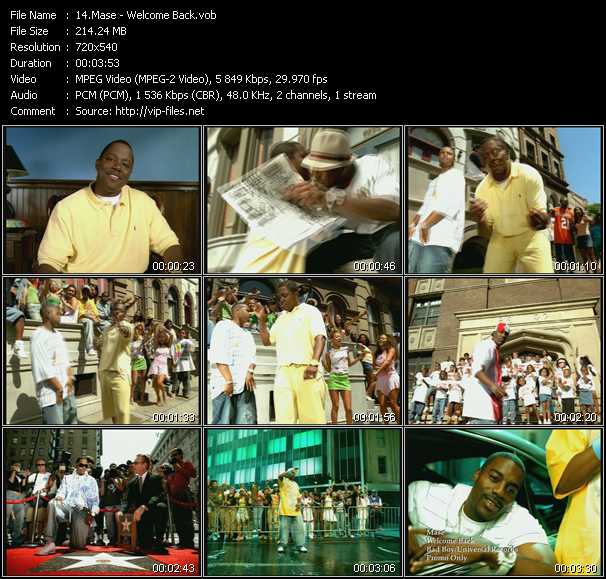 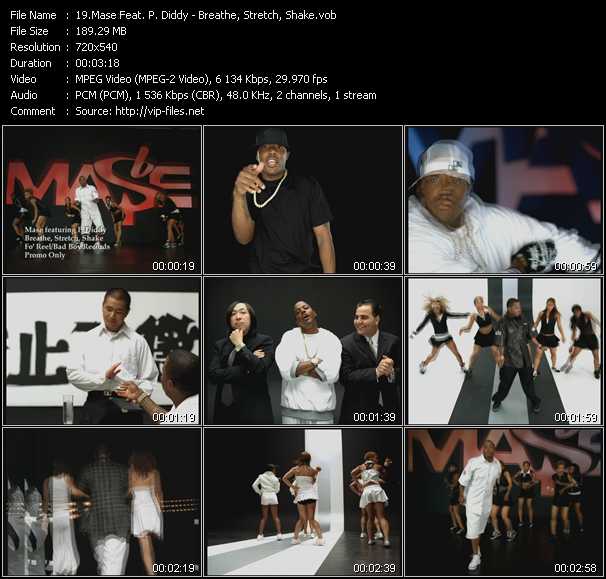 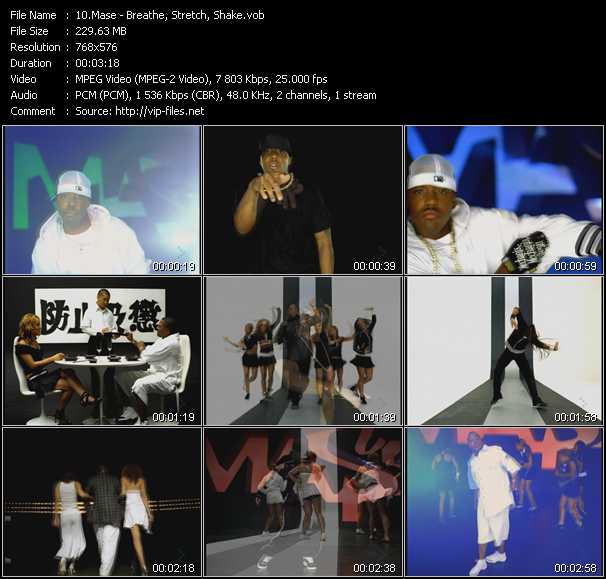 Mase music video Lookin' At Me

Blackstreet And Mya Feat. Mase And Blinky Blink music video Take Me There

Mason Durell Betha (born August 27, 1977), better known by stage name Mase (stylized Ma$e), is a rapper and pastor. He hails from Harlem, New York City, New York. He was once signed to Sean "Diddy" Combs's label Bad Boy Records. He was introduced as Bad Boy's next big artist during the summer of 1996, when he was featured on the remix to 112's debut single, "Only You", which peaked at number one on Billboard's Hot Dance Singles Sales chart as well as its Hot R&B/Hip-Hop Airplay chart. With his slow flow Mase quickly developed a crossover fan base as he was featured on original tracks and remixes by popular R&B artists such as Brian McKnight, Mariah Carey, Keith Sweat and Brandy, among others. Puff Daddy (Diddy), featured Mase on "Mo' Money, Mo' Problems" from The Notorious B.I.G.'s double-disc album Life After Death (1997), the album's biggest hit single. He then featured Mase on several songs from his own debut album, No Way Out (1997): the lead single, "Can't Nobody Hold Me Down", which hit number one on the Rap, R&B, and Pop charts, as well as on "Been Around the World", which would also reach number one on Billboard's Hot Rap Tracks. By the time Mase released his own debut album, Harlem World, in late 1997, the rapper had become Bad Boy's premier artist, filling the void left by the death of B.I.G.. He was married to Twyla Betha and leads an international ministry while still making occasional musical guest appearances.