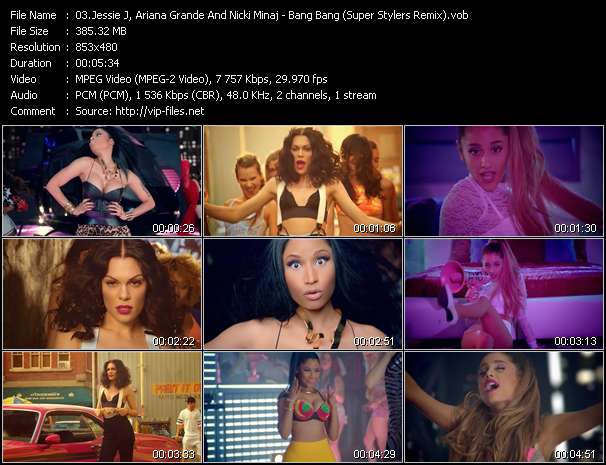 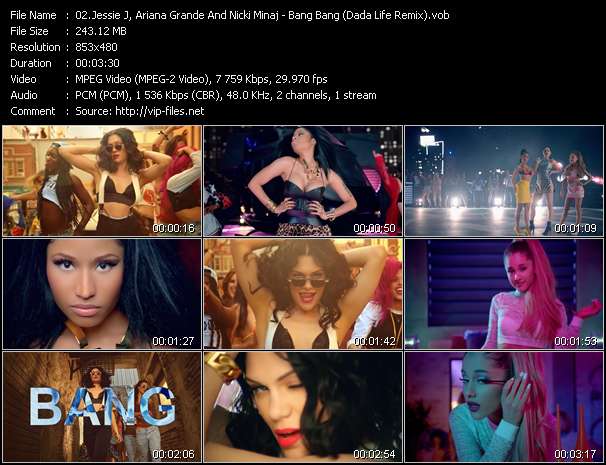 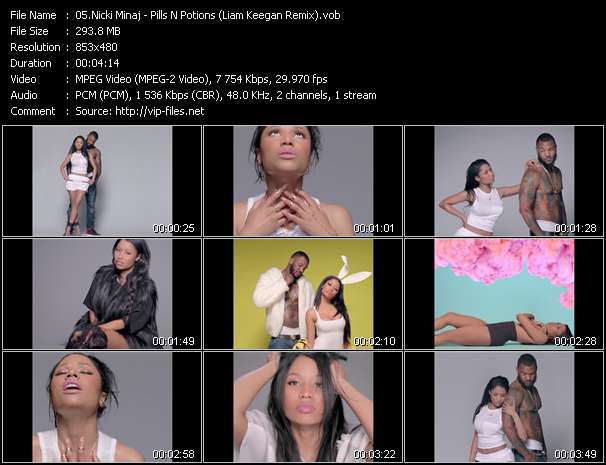 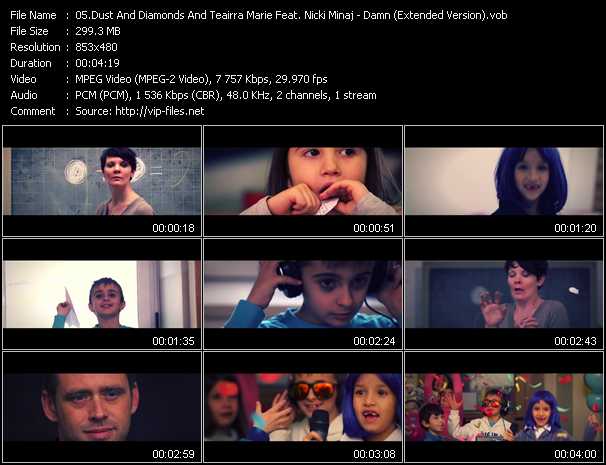 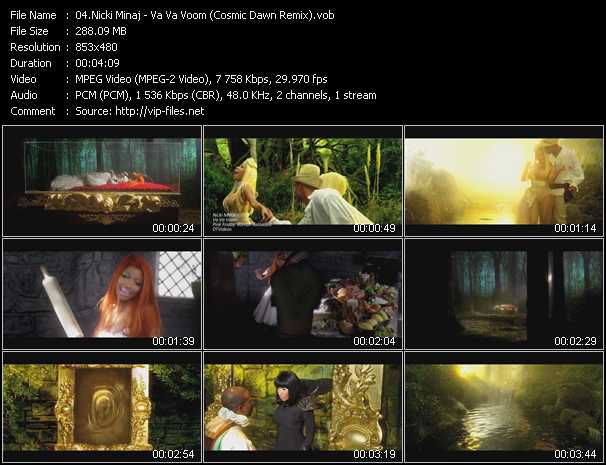 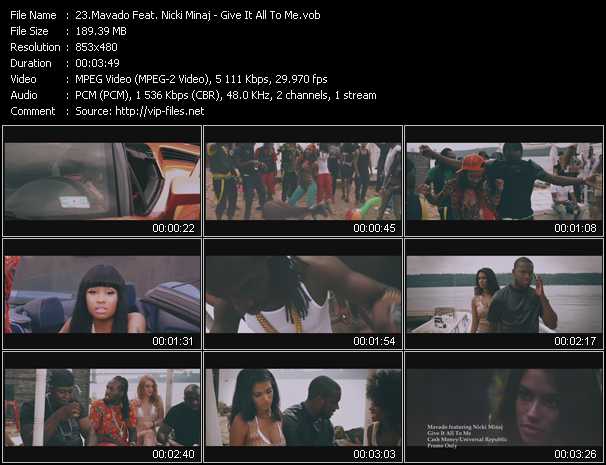 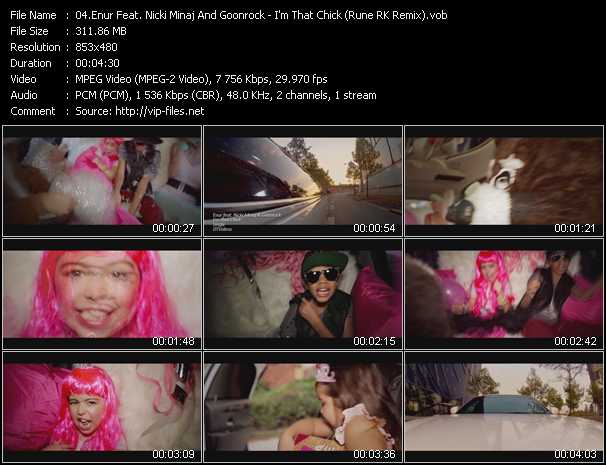 Mavado Feat. Nicki Minaj music video Give It All To Me

Madonna Feat. Nicki Minaj And M.I.A. music video Give Me All Your Luvin'

B.O.B. Feat. Nicki Minaj music video Out Of My Mind

Madonna Feat. Nicki Minaj And M.I.A. music video Give Me All Your Luvin' (Alessio Silvestro Remix)

Onika Tanya Maraj (born December 8, 1982), known by her stage name Nicki Minaj , is an American rapper, singer, song-writer and actress. Born in Saint James, Trinidad and Tobago and raised in Jamaica, Queens, New York, Minaj received public notice after releasing three mixtapes between 2007–2009. She signed a recording contract with Young Money Entertainment in 2009.
Minaj's debut album, Pink Friday (2010), peaked at number one on the U.S. Billboard 200 and spawned the top-ten single "Super Bass". During that time, Minaj became the first female solo artist to have seven singles simultaneously charting on the U.S. Billboard Hot 100. Her second studio album, Pink Friday: Roman Reloaded (2012), also topped the chart and its lead single, "Starships", peaked at number five on the Billboard Hot 100. The album was reissued as an expanded version, subtitled The Re-Up. Minaj's third album, The Pinkprint, is scheduled for release on November 24, 2014. The album's second single, "Anaconda", peaked at number two on the Billboard Hot 100 and is her highest-charting single in the U.S. to date. Minaj was a voice actress in the animated film Ice Age: Continental Drift in 2012, and made her acting debut in the 2014 film The Other Woman. In 2013, she was a main judge on the twelfth season of American Idol.
Minaj was the first female artist included on MTV's Annual Hottest MC List, with The New York Times saying that some consider her "the most influential female rapper of all time". Her rapping is distinctive for its fast flow and the use of alter egos and accents, primarily British cockney. Minaj's colorful costumes, wigs and clothing has given her recognition as a fashion icon. In April 2013, Minaj became the most-charted female rapper in the history of the Billboard Hot 100, with over 44 appearances. Minaj has endorsed Adidas, MAC Cosmetics and Pepsi. She has won four American Music Awards, eight BET Awards, two MTV Music Awards, an MTV Europe Music Award, five Billboard Music Awards and Billboard 2011 Rising Star award.