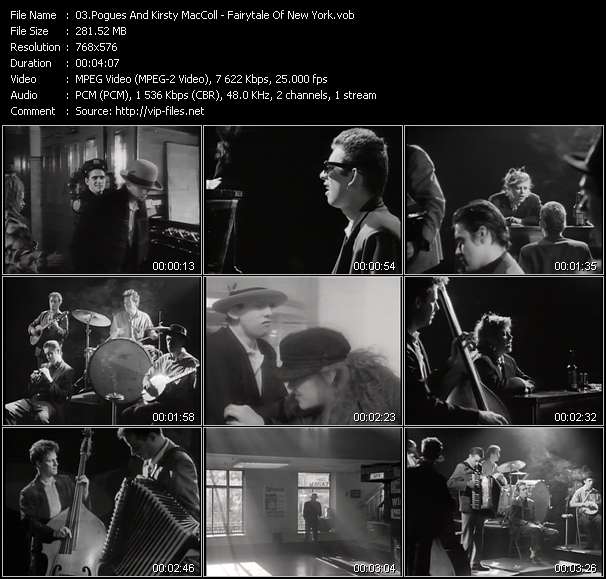 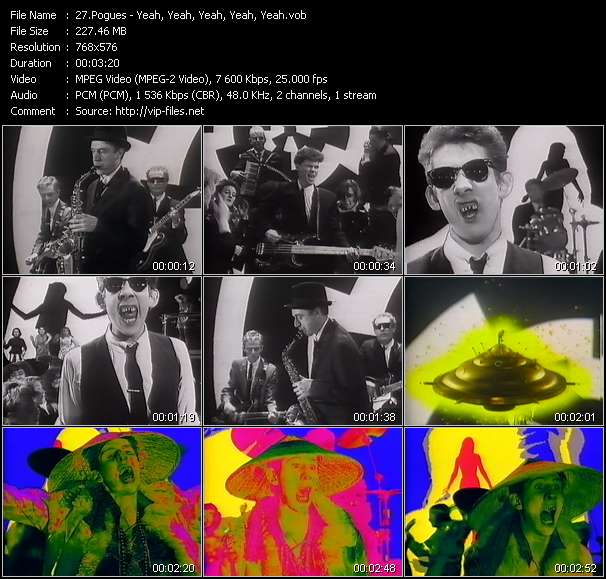 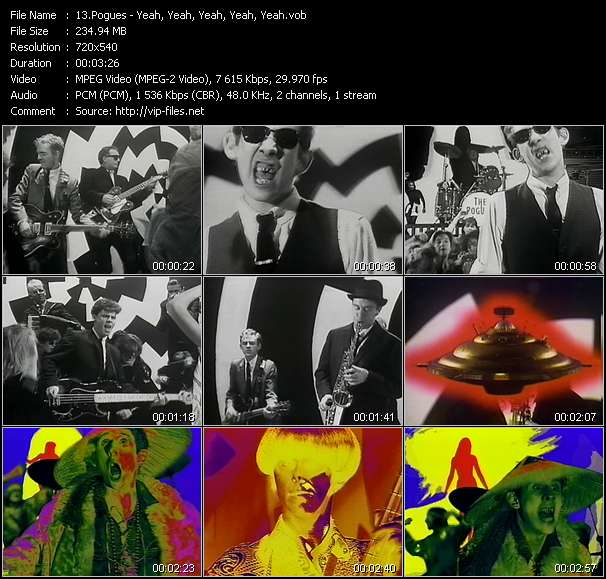 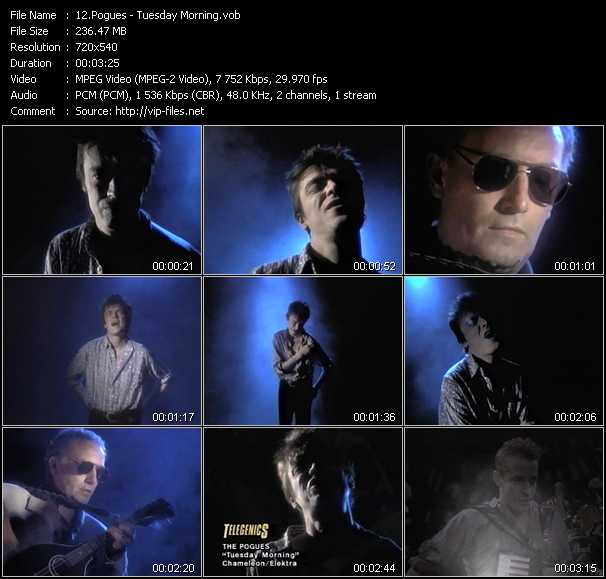 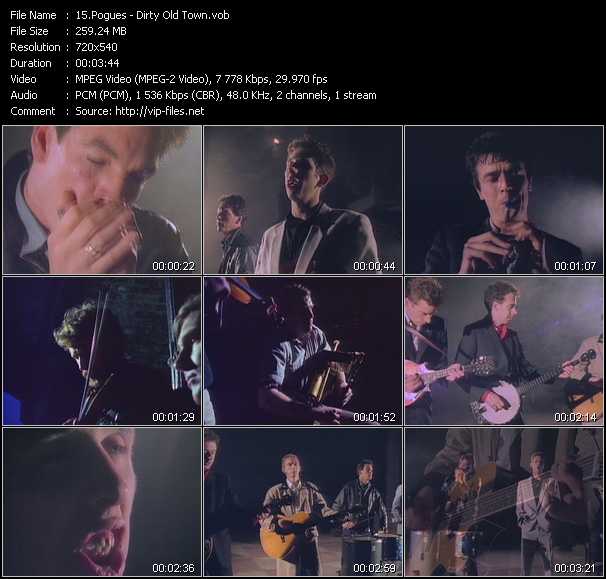 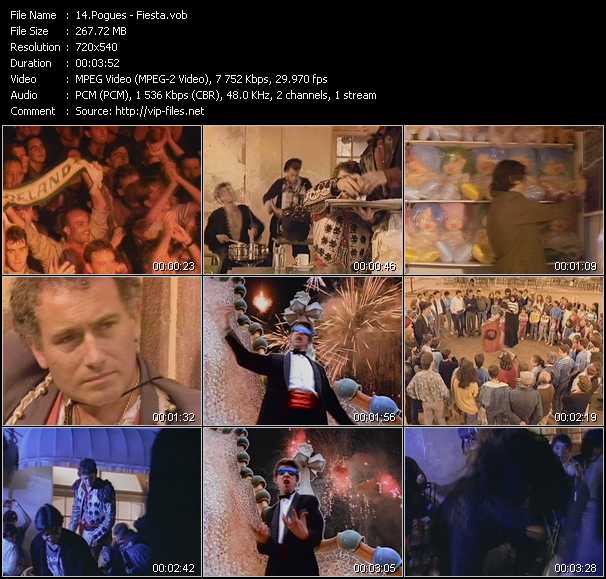 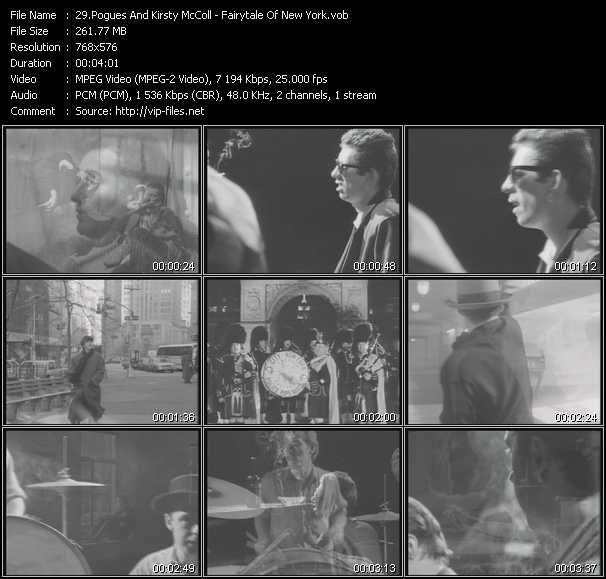 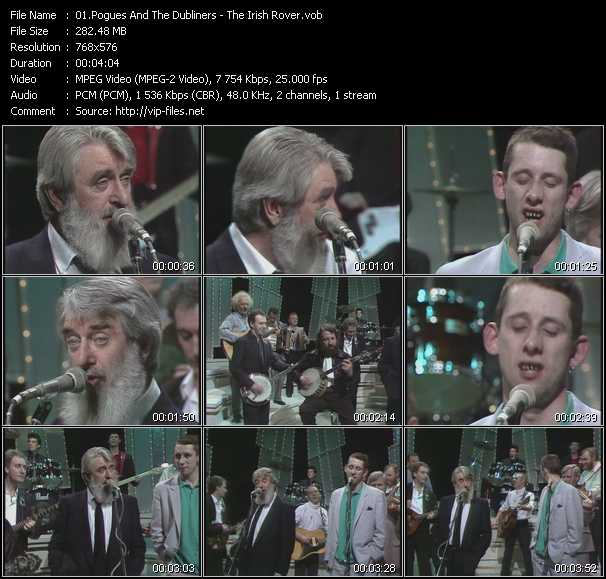 Pogues And The Dubliners music video The Irish Rover

The Pogues are a Celtic punk band from London, formed in 1982 and fronted by Shane MacGowan. The band reached international prominence in the 1980s and early 1990s. MacGowan left the band in 1991 due to drinking problems but the band continued first with Joe Strummer and then with Spider Stacy on vocals before breaking up in 1996. The band reformed in late 2001, and has been playing regularly ever since, most notably on the US East Coast around St Patrick's Day and across the UK and Ireland every December. The group has yet to record any new music and, according to Spider Stacy on Pogues.com, has no inclination to do so.
Their politically tinged music was informed by MacGowan and Stacy's punk backgrounds, yet used traditional Irish instruments such as the tin whistle, cittern, mandolin and accordion.
The Pogues were founded in Kings Cross,