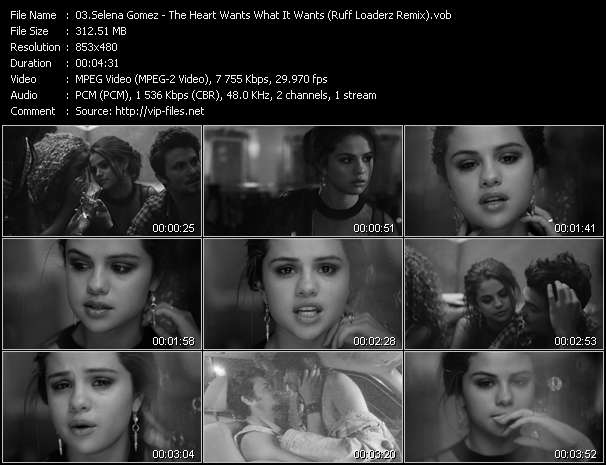 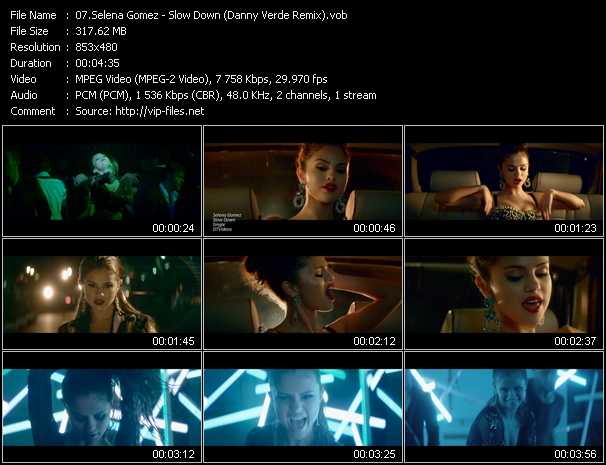 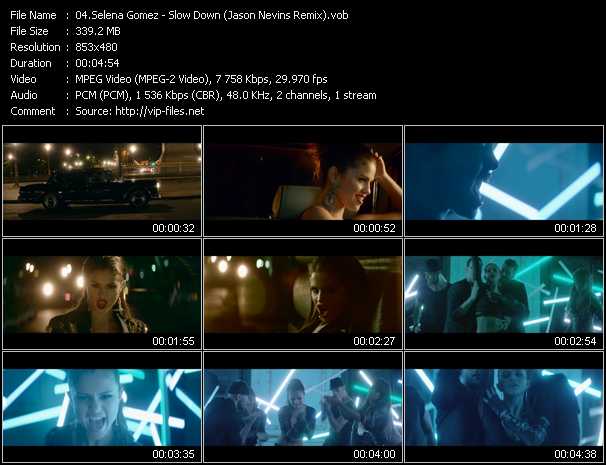 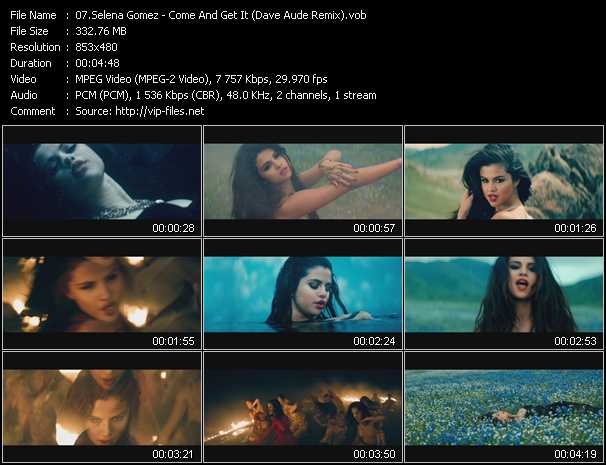 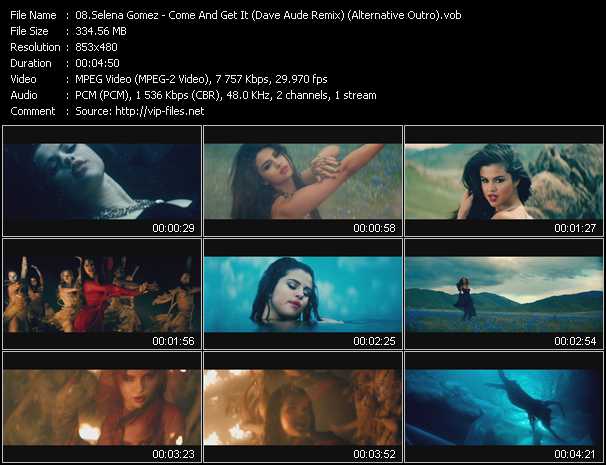 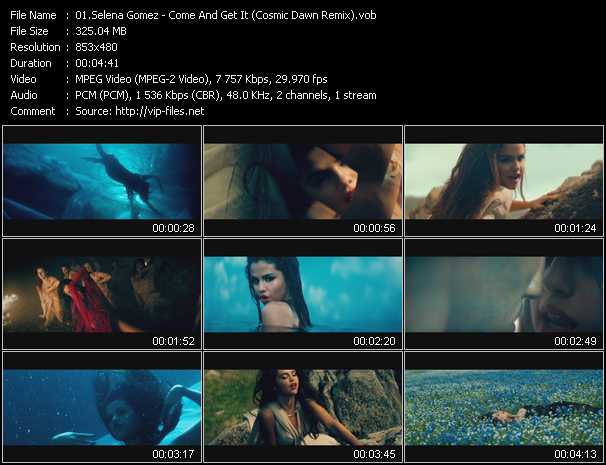 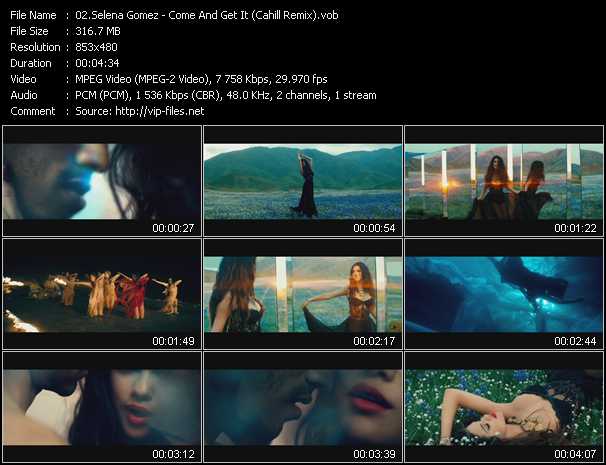 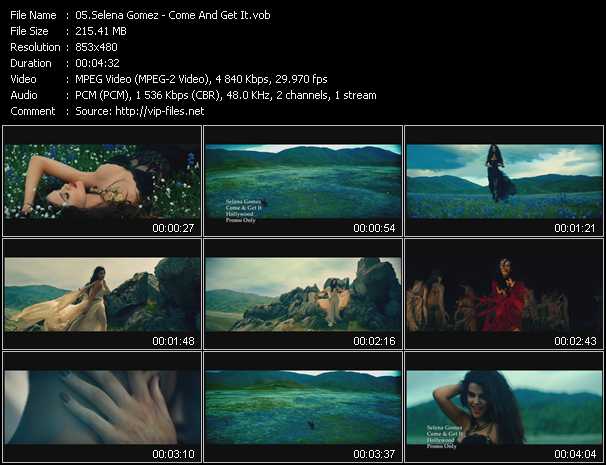 Selena Gomez music video Come And Get It (Cahill Remix)

Selena Gomez music video Come And Get It

Taryn Manning - Selena Gomez And The Scene - Grace V music video Turn It Up! - Who Says (PO Dave Aude Intro Edit) - When The Lights Go Down

Selena Marie Gomez (born July 22, 1992) is an American actress and singer. Gomez first made her debut appearing as Gianna in Barney & Friends, lasting from 2002 to 2004. Following this, Gomez had cameo roles in films such as Spy Kids 3-D: Game Over (2003) and Walker, Texas Ranger: Trial by Fire (2005). In 2006, Gomez appeared as a guest star on an episode of the Disney Channel series The Suite Life of Zack & Cody, as well as Hannah Montana. Following this, Gomez starred in the Disney Channel television series Wizards of Waverly Place. The series was a critical and commercial success, earning Gomez numerous awards and nominations. Gomez later appeared in numerous Disney Channel series and films including Jonas Brothers: Living the Dream (2008) and Disney Channel Games (2008). In 2009, Gomez appeared in the films Princess Protection Program and Wizards of Waverly Place: The Movie before releasing her first studio album as Selena Gomez & the Scene, titled Kiss & Tell. The album was a commercial success, peaking inside the Top 10 of the Billboard 200.
Following this, Gomez appeared in the film Ramona and Beezus, one of her first roles outside of Disney. Gomez & the Scene released their second studio album, A Year Without Rain, later that year. The album entered the Top 5 of the Billboard 200, and spawned two Top 40 hits. Gomez began appearing in more films such as Monte Carlo (2011) and The Muppets (2011). Gomez, along with her band, later released their third and final studio album, When the Sun Goes Down, in 2011. The album spawned the hit single "Love You Like a Love Song", which was certified 4× Platinum by the RIAA. Following the release of the album, Gomez confirmed she would be taking a musical hiatus to focus on her acting career. She then went on to appear in the films Hotel Transylvania (2012) and Spring Breakers (2013), the latter of which saw Gomez portraying a more adult role.
Despite her early comments of a musical hiatus, Gomez confirmed in October 2012 that she was working on her solo debut album. The lead single, "Come & Get It", was released in April 2013. It became her first Top 10 hit on the Billboard Hot 100 chart, and was certified double platinum by the RIAA. The album's second single, "Slow Down", was released in June. Gomez has since announced plans of a second musical hiatus following the release of Stars Dance in July, later denied. She signed a record contract in mid-2014 with Intescope for future musical releases after breaking with her all-time label Hollywood Records. Gomez is set to release a Greatest Hits album in December featuring two new songs as her final record with Hollywood. Outside of her work in the entertainment industry, Gomez is involved in philanthropic activities through charity work and various social and environmental causes.