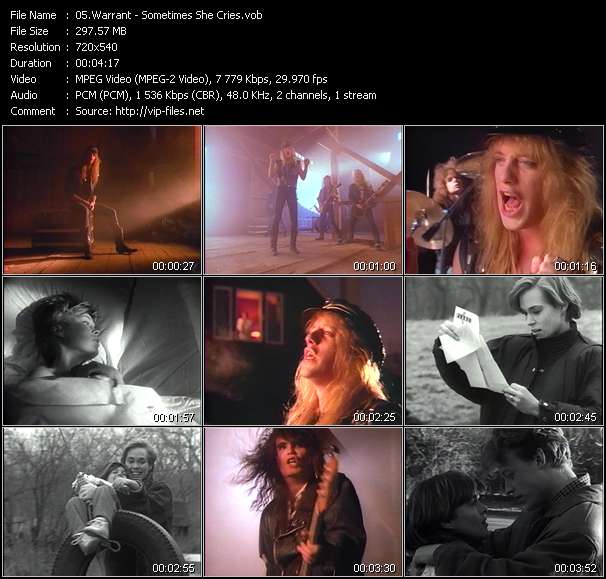 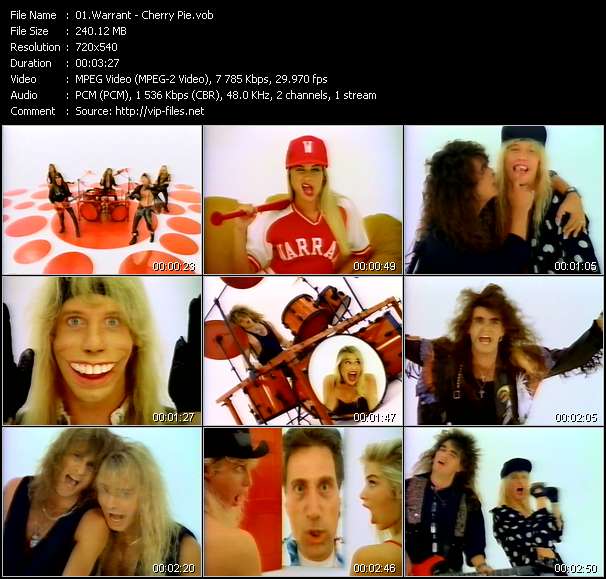 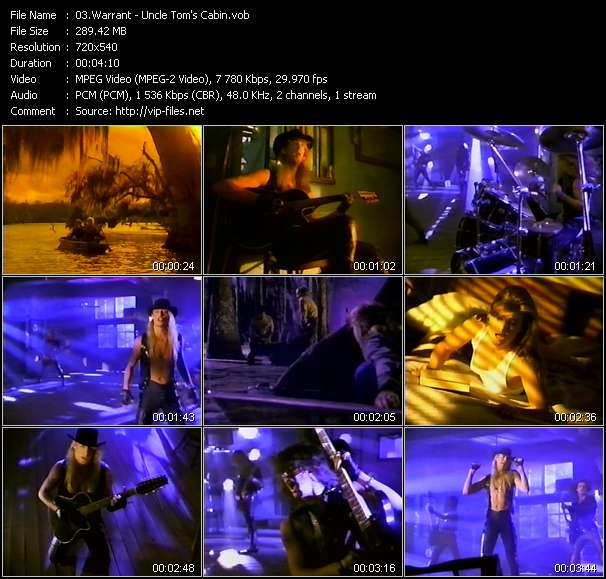 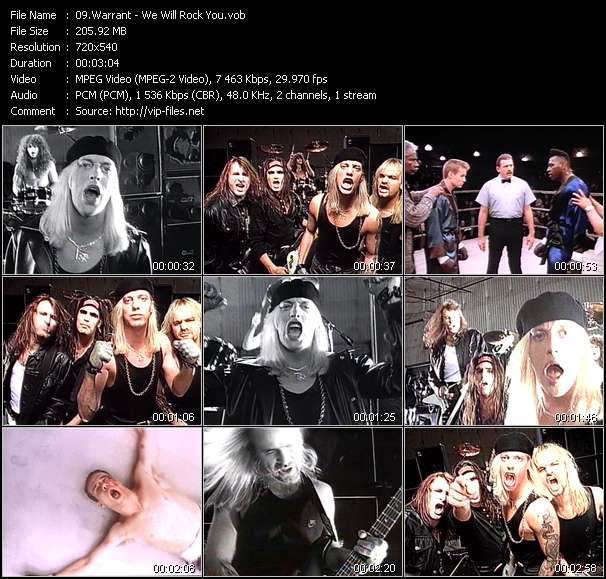 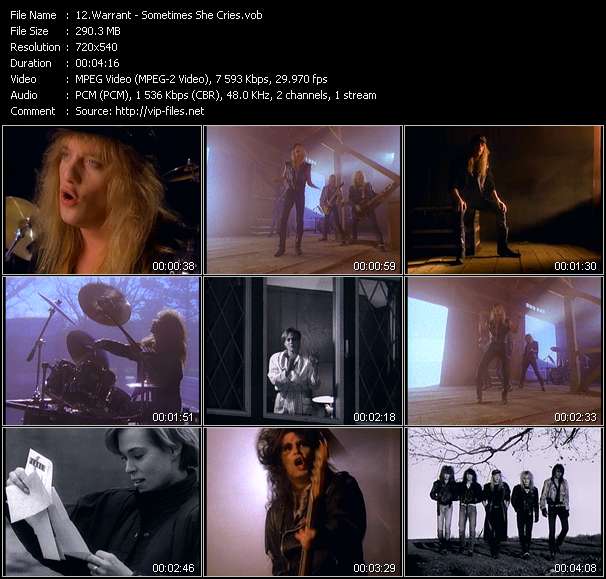 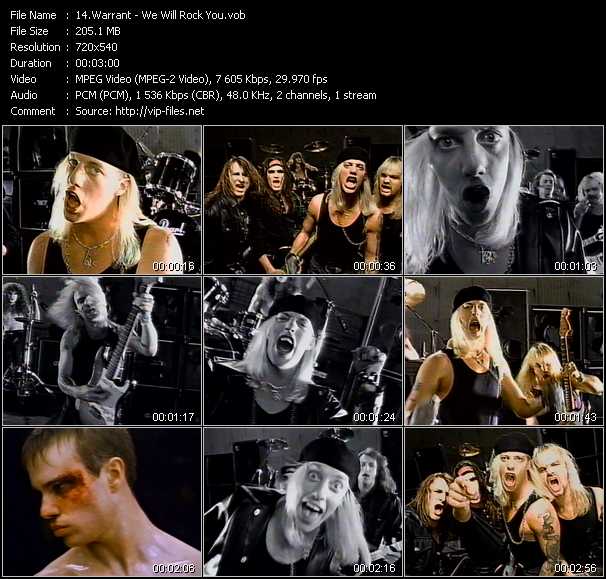 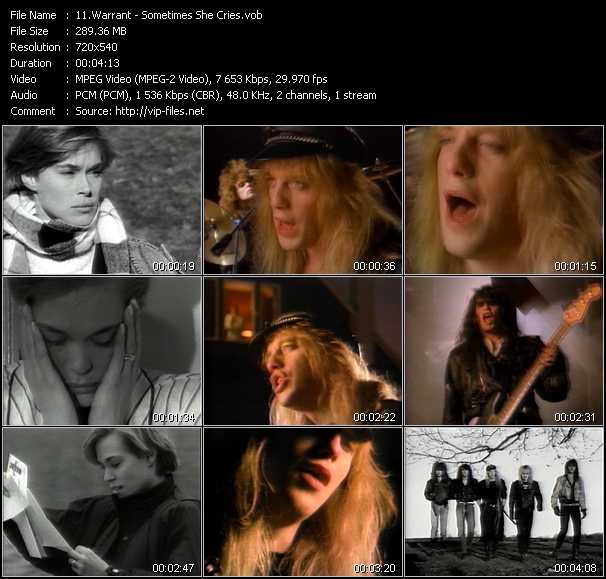 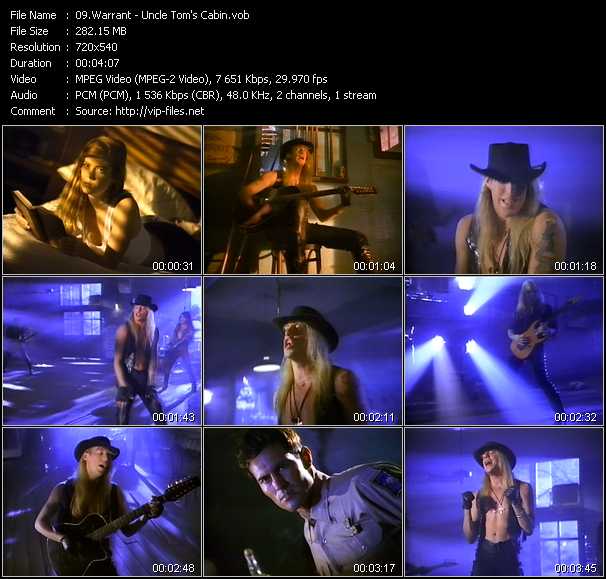 Warrant music video We Will Rock You

Warrant music video We Will Rock You

DVD: The Best Of Melodic Rock

With a pair of double-platinum albums and three Top Ten singles, Warrant were one of the most popular pop-metal bands of the late '80s. Formed in Los Angeles in 1984, the group weathered several lineup changes before solidifying around the talents of vocalist Jani Lane, guitarist Erik Turner, guitarist Joey Allen, bassist Jerry Dixon, and drummer Steven Sweet. The band signed with Columbia Records in January 1988 and released Dirty Rotten Filthy Stinking Rich one year later; by that summer, it had climbed into the Top Ten and launched the hit singles "Down Boys," "Sometimes She Cries," and "Heaven," the last of which reached number two on the American charts. Released in the summer of 1990, the follow-up effort Cherry Pie was an even bigger success, climbing into the Top Ten and featuring the high-charting singles "I Saw Red" and "Cherry Pie." Warrant had some trouble continuing their multi-platinum success during the alternative explosion of 1992, although their third album, Dog Eat Dog, did go gold. Ultraphobic (1995) and Belly to Belly (1996), however, failed to chart. The band's lineup began to splinter as the '90s progressed, with the majority of Warrant's founding members leaving the group. Under the Influence arrived in 2001, comprised of various cover songs and two original tracks; it also marked Jani Lane's last recording with the band. He ultimately left in 2004, taking two of Warrant's members with him, and was replaced by former Black 'N Blue vocalist Jaime St. James. While Lane attempted a solo career, the revised version of Warrant released Born Again in 2006. Jaime St. James' tenure in the band proved to be very short, as he was ousted in 2008 in favor of Lane's return. Later that year, Lane left once again and was replaced by Lynch Mob's Rob Mason. Lane was found dead at the age of 47 in a Los Angeles hotel room in August 2011.